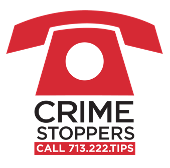 Yesterday, Governor Greg Abbott held a roundtable discussion in Austin with law enforcement and public safety advocates to discuss his legislative priorities to ensure a safer future for the Lone Star State. Crime Stoppers of Houston fully supports the Governor’s proposed initiatives to reform a ‘broken bail system’. As the leading public safety organization in Texas, Crime Stoppers of Houston identified this trend as a public safety concern early on and has been addressing this for nearly 2 years.

In late 2019, Crime Stoppers’ Director of Victim Services, Andy Kahan, noticed a concerning pattern with defendants charged with murder: many of them had been released on multiple felony bonds, bond forfeiture and/or a personal bond. He began studying the issue and in mid-March 2020 began tracking the issue based on data from court records.

In each case Andy tracks, the victims were killed by a Harris County suspect who:

Today, we are releasing Andy’s latest report that outlines 90 people who have been killed/murdered by suspects released on a variety of bonds, including felony and personal bond(s) from Harris County.

“The ramifications of bail reform have taken its toll on the citizens of Harris County, many who have paid the ultimate price with the loss of their life. We applaud and will be fully supporting Governor Abbott’s proposed legislative strategies related to the issues regarding bail reform,’ says Crime Stoppers of Houston Director of Victim Services Andy Kahan “Crime Stoppers of Houston wants to make it perfectly clear: We support Misdemeanor Bond Reform. What we don’t support is when public safety is placed at a higher risk when career habitual offenders are continuously released back to the community only to re-offend time after time again.”

As the leading public safety organization bridging the gap between citizens and law enforcement for forty years, Crime Stoppers of Houston looks forward to having critical public safety conversations as we seek to enhance public safety through positive reform.

To learn more about Crime Stoppers of Houston, including their Victim Services and Advocacy Program, visit crime-stoppers.org.