The polar vortex’s blast of Arctic air from Canada brought the season’s coldest weather to the central U.S. The vortex is forecast to provide frigid weather with “a free ride,” according to AccuWeather senior meteorologist Brett Anderson, as it continues to bring a big chill to much of the Midwest and into the East for most of the week.

What is the polar vortex?

The polar vortex is a gigantic circular upper-air weather pattern in the Arctic that envelops the North Pole. It’s a normal pattern that is stronger in the winter and tends to keep the coldest weather bottled up near the North Pole. The jet stream usually pens the polar vortex in and keeps it there, but at times, some of the vortexes can break off or move south, bringing unusually cold weather down into the U.S., Europe, and Asia.

The polar vortex is a large area of cold air high up in the atmosphere. It normally spins above the North Pole. 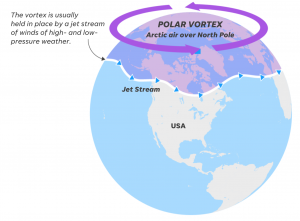 A chunk of the polar vortex can slide down toward the U.S. This helps funnel bitterly cold Arctic air over the central and eastern U.S. 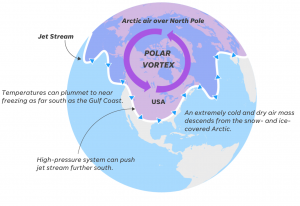 Record-low temperatures freeze the central US

The central U.S. has experienced record low temperatures over the past week as the polar vortex continues its icy grip on the region. Looking ahead, yet another winter storm is forecast for portions of the central and eastern U.S. over the next several days. 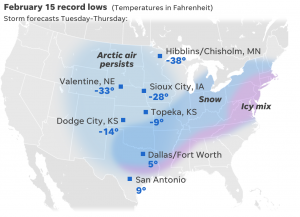 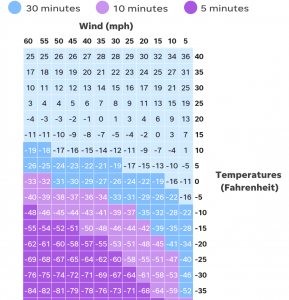 Bundle up to beat wind chill

Subzero wind chills will be common throughout the week, so be prepared if you must venture out. The wind chill is based on the rate of heat loss from exposed skin because of wind and cold. 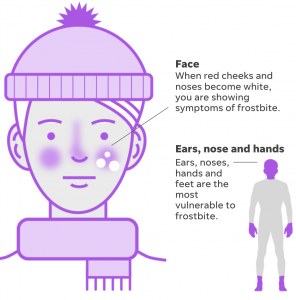 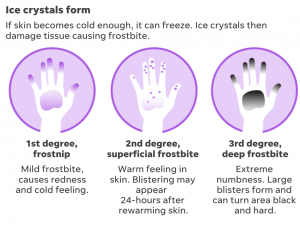 Beware of ‘black ice’ on roadways

Black ice is a winter driving danger, especially at night and early in the morning. It often forms on bridges and overpasses. How black ice forms: 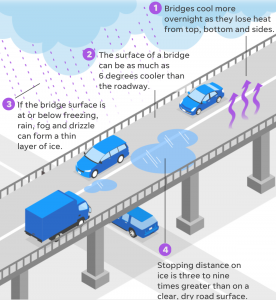