Elise Stefanik was among the 106 Republican members of Congress to sign her name to an amicus brief in support of Texas’ effort challenging the results of the 2020 election in four battleground states.

Around the same time, Democratic New York Attorney General Letitia James was backing a brief by attorneys general calling the claims made in the Texas lawsuit “baseless.”

The competing legal briefs put both New York women on the opposite sides of the push by allies of the president to overturn the results of the election last month, which was won by President-elect Joe Biden.

Efforts so far by Trump’s legal allies to challenge the election results have fallen far short as the courts, some of which presided over by judges the president himself appointed, have tossed out lawsuits amid unfounded fraud allegations.

The Texas lawsuit challenges absentee ballot procedures in four states that swung to Biden this year: Pennsylvania, Georgia, Wisconsin, and Michigan. It is being pushed toward the Supreme Court ahead of the electoral college meeting on Monday.

Stefanik, along with New York Rep. Lee Zeldin, was among the Republicans signing onto an amicus brief backing the lawsuit. In a statement Thursday evening, Stefanik said the brief was meant to bolster the protection of the U.S. Constitution.

“The Constitution is clear; Election Officials and State Executives cannot change the people’s presidential election process without the state legislature approving it,” she said.

“Additionally, it is unconstitutional to refuse to check signatures on mail-in ballots if the state law explicitly states that they must be checked. We are requesting that the Supreme Court carefully review the lawsuit and provide clarity to the American People, who are rightfully concerned about both the unconstitutional overreach from certain state officials and the integrity of the Presidential election.”

The suit, however, is misinterpreting the Constitution’s electors clause; fails to conclusively demonstrate any widespread fraud, and would essentially allow one state to determine the laws of other states, argued James’ brief, backed by a coalition of state attorneys general.

In a statement, James called the Texas claims “specious and dishonest.”

“The lawsuit led by Texas is nothing more than a faithless attempt to undermine the will of the people and have the courts choose the next president,” James said. “Our coalition is calling on the highest court in this nation to uphold its constitutional duty and dismiss this lawsuit outright. Providing any consideration of these ridiculous claims undermines the integrity of our elections and spits in the face of nearly 250 years of our country’s electoral process.”​ 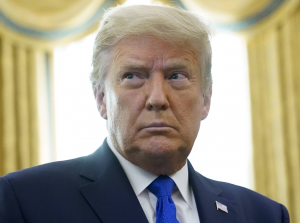