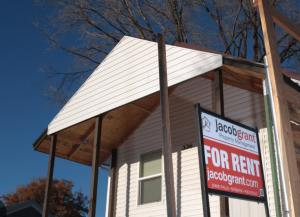 Despite mixed economic signals for 2023, including a possible recession, many state lawmakers plan to use temporary budget surpluses to forge ahead with permanent, regressive tax cuts that would disproportionately benefit the wealthy at the expense of low- and middle-income households. These cuts would put state finances in a precarious position and further erode public investments in education, transportation and health, all of which are crucial for creating inclusive, vibrant communities where everyone, not just the rich, can achieve economic security and thrive. In the event of an economic downturn, these results would be accelerated and amplified.

Instead of doubling down on regressive tax cuts, state policymakers should use this opportunity to build more equitable tax systems that don’t ask the most of those families who have the least, and that can withstand potential economic turbulence in 2023 and beyond. They can do this by:

• Rejecting expensive, permanent tax cuts that provide an outsized benefit to the rich and do little for low- and middle-income families.

• Addressing urgent issues like college affordability, preschool access, the climate crisis, and our outdated infrastructure by raising new revenues from the wealthy and large corporations.

Short-sighted, permanent tax cuts come at a high cost and too often benefit the wealthy

Last year brought a string of problematic, regressive tax cuts and many lawmakers continue to march toward less equitable and adequate state taxation in 2023. Some of the many misguided and often reckless efforts to cut taxes that are already underway this year include:

▸Efforts to deeply cut or continue to chip away at state income taxes. At least 24 states are weighing cuts to personal income tax rates this session. For instance, lawmakers in Arkansas, Montana, and Utah are all considering cuts to their existing top rates. A handful of other states (including Georgia, Kentucky, Mississippi, and Nebraska) are exploring ways to accelerate regressive tax cuts that went into effect in previous years. But efforts to chip away at state income taxes go beyond rate reductions. In at least five states (Kansas, Michigan, Minnesota, Vermont, and Wisconsin) lawmakers are discussing policies that would further exempt or, in some cases, completely remove some forms of retirement income from the state’s income tax base—policies that will shortchange younger families and grow rapidly in cost as our population ages.

▸Efforts to enact flat income tax rates. Lawmakers in North Dakota and Ohio are discussing proposals that would shift their graduated income tax structures to flat rates. This recent flurry of interest in flat taxes is misguided, as ITEP explains in a new brief. In short, flat taxes all but guarantee inequitable state and local taxation on the whole without bringing any of the promised economic or administrative benefits touted by proponents.

▸Efforts to fully eliminate state income taxes. Lawmakers in Arkansas, Indiana, Louisiana, Mississippi, and West Virginia are expressing interest in fully eliminating their personal income taxes—a step not taken since Alaska struck oil at Prudhoe Bay more than 40 years ago. While some lawmakers now start the conversation by discussing smaller tax cuts at the top that sound less alarming, they continue to maneuver toward full income tax elimination. These extreme proposals would decimate funding for vital services and institutions and give these states some of the most regressive tax codes in the country, with low- and middle-income families paying far higher tax rates than the wealthy.

▸Efforts to cut property taxes. At least a dozen states are weighing property tax cuts this session. The proposals range from property tax freezes and caps to proposed property tax rebates. Iowa lawmakers, for instance, following a long string of income tax cutting, are now setting their sights on eroding the property tax instead.

All these tax cuts would make it far more difficult for states to provide good schools, high-quality health care, efficient and modern infrastructure, and other public services that are indispensable for thriving communities. Moreover, the long-run outcome of many of these tax cuts is likely to be a shift toward higher taxes on those least able to pay. States with low or nonexistent personal income taxes tend to be among the highest-tax states for the poor because of their higher reliance on sales and excise taxes. The impact of those more regressive taxes is also acute for people of color, an outsized share of whom are low-income households due to historic and ongoing discrimination and marginalization.

States should shore up state finances to meet public needs

While working-class Americans struggled through the pandemic and persistent inflation, the uber-wealthy saw their combined wealth increase from just under $3 trillion in March 2020 to $4.48 trillion in November 2022. More than one in four dollars of wealth in the U.S. is held by the 0.25 percent of households with a net worth over $30 million; these families hold tens of billions in wealth in every single state and trillions in wealth in some.

Despite this abundance of extreme wealth, far too many state and local governments lack the revenues they need to invest deeply in critical economic and social priorities. By raising taxes on the wealthy instead of cutting them, states can better position themselves to rise to some of the biggest challenges facing Americans today including the unacceptably high cost of preschool and college, the climate crisis, and our inadequate physical and social infrastructure.

In addition to being extremely popular, tax increases on wealthy families are also sorely needed to help address one of the greatest tax injustices of our time: the fact that nearly every state requires low- and middle-income households to pay a greater share of their income in taxes than high-income households.

Some options available to strengthen revenue streams and advance economic and racial equity include:

• Strengthening taxation of property and wealth. A growing group of states has moved in recent years to levy higher rates on the purchase of expensive real estate properties. Other worthwhile ideas include more progressive property taxation in general and enacting or reforming estate and inheritance taxes.

Wealthy families should be expected to contribute more to funding the public services that are essential to the functioning of the society in which they were able to amass their wealth. Massachusetts voters provided an excellent blueprint for other states to follow in 2023 with their approval of the state’s “millionaires’ tax” last November. Carrying that momentum to other states would put our nation on a much stronger footing to address the challenges facing American families today.

The most essential function of state and local tax systems is raising the revenue needed to fund services and institutions essential to broadly shared economic prosperity. It is also vital that states and localities raise this revenue in a manner that is equitable. To that end, proven policies like state Child Tax Credits (CTCs) and Earned Income Tax Credits (EITCs) have immense potential to curb some of the worst unfairness in state tax laws while bolstering the economic security of low- and middle-income families and setting up the next generation of Americans to succeed. Many states have expanded or improved these credits in recent years, and that trend looks to continue into 2023.

Much of the recent interest in state CTCs was spurred by the temporary expansion of the federal CTC in effect in 2021. That reform drastically reduced child poverty, and its expiration affords states a prime opportunity to build on the success of the credit. Currently, 10 states have some form of CTC while many are considering one. Almost all states could cut their child poverty rates by 25 percent with a refundable state Child Tax Credit of $2,000 or less and a 20 percent boost for children under 6 years old.

States can, and should, expand their EITCs as well, which boosts low-paid workers’ incomes and improve tax equity by offsetting some of the heavily regressive sales and excise taxes they pay. Much like the CTC, the EITC is proven to improve health and financial outcomes for families over the long run, though there are some key ways in which these credits can be reformed, such as by strengthening the benefits available to workers without children in the home, immigrants filing with Individual Taxpayers Identification Numbers (ITINs) and extremely low-income families.

2023 brings immense opportunities for states wise enough to seize them

Recent state revenue growth presents lawmakers with an incredible opportunity to strengthen the investments that undergird our economy and society. Rather than squander those revenues on tax cuts for the wealthy and corporations, states should place their most economically insecure families at the heart of their decision-making. Lawmakers should turn to proven policies like Child Tax Credits and Earned Income Tax Credits, and strengthen state revenue systems through reforms that ask more of those wealthy families who have fared extraordinarily well in recent years. The upcoming year brings immense economic uncertainty but with the right set of fiscal reforms, and a little luck, states have a genuine opportunity to end the year on a much stronger footing than they started.