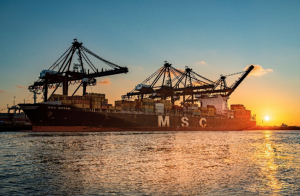 Mediterranean Shipping Company (MSC) recently announced Houston on the rotation in their Santana trans-Pacific service, which links Vietnam and Central China to the U.S. Gulf and East Coasts. Port Houston will be the first port call in the United States for the service. The rotation is Haiphong – Shanghai – Ningbo – Houston – Charleston –New York – Haiphong, offering a 31-day transit time between Vietnam and Houston.

Growth in imports from Asia has been an important contributor to the increased cargo numbers. MSC’s Santana service will be the second Vietnam direct call to Port Houston.