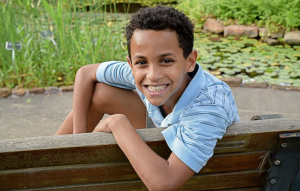 A 24-year-old man from Humble has been sentenced to 40 years in prison for the murder of 11-year-old Kamren Jones, who was sleeping in his Channelview home when he was shot to death, Harris County District Attorney Kim Ogg announced Thursday.

“Gun violence is a blight on our community, and it is never more tragic than when an innocent child is gunned down in the safety of his own bed,” Ogg said. “This was not an accident, not a random terrible mishap; this child’s death was the inevitable and terrifying result of spraying a residence with bullets.”

Kamren, a student athlete and class jokester, was killed when 20 rounds from an AK-47 and a dozen rounds from a 9 mm handgun were fired at his family’s rented home in the 15100 block of Brentwood. 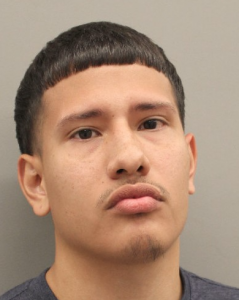 Sonnie Reyes pleaded guilty on the eve of trial in March and asked to be sentenced by a judge. He had been arrested and charged with the murder weeks after the incident in June 2019. Investigators have speculated that the drive-by shooting was in retaliation for an earlier drive-by shooting.

Reyes, a rapper who performed under the name “East Side Sonnie,” has several arrests going back to 2017 and has had his bond revoked at least twice while awaiting trial.

Assistant District Attorney Sepi Zimmer, who prosecuted the case, said the judge “got it right” because Reyes needs to face the consequences for killing an 11-year-old.

“This family had just moved in, was completely innocent and did not know this house had been shot up before because of who lived there before,” Zimmer said. “It’s just so heartbreaking and devastating to this family because they didn’t do anything wrong, and meanwhile Sonnie Reyes has never shown any remorse.”

A second defendant, Cameron Moore, is also charged with murder in the incident and awaits trial.