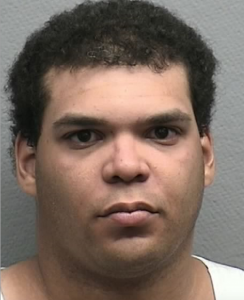 A man was sentenced to 45 years in prison for stabbing a day laborer in a random act of violence, Harris County District Attorney Kim Ogg announced Wednesday.

“Violent criminals who indiscriminately attack strangers need to be off the streets and behind bars,” Ogg said. “No one should have to fear such violence from a gun, a knife or a fist while going about their day. That’s why public safety is our highest calling.”

Lovell was found guilty of stabbing a day laborer outside of a convenience store in the 10200 blocks of West Belfort. The victim, seeing that Lovell appeared to be aiming for his heart, put up his arm to block the attack, which resulted in the victim sustaining a serious stab wound to the arm. The victim survived the attack.

After Lovell was convicted, prosecutors put on punishment evidence that showed Lovell had a criminal history including assault, burglary, and bestiality.

“He stabbed a puppy, and police went to his house to find him,” said Assistant District Attorney Lindsey Bondurant. “He told police he finds strays or dogs of his friends and plays with them, eventually has sex with them, then kills them and keeps the skulls. He kept the skulls at the head of his bed.”

Bondurant is the chief of the Animal Cruelty Section and prosecuted the case.

Bestiality is currently a crime in Texas, but it was not illegal when Lovell told police about his exploits, including showing cell phone photos of the dogs. In court, prosecutors introduced the evidence as part of his history of bad behavior.

Because he was convicted of an assault with a deadly weapon, Lovell must serve at least half of the 45-year-sentence before he is eligible for parole.