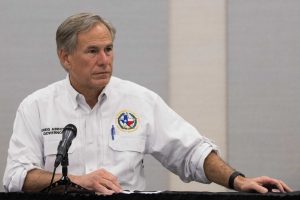 As the nation awaits emergency use authorization for the first COVID-19 vaccine, the White House held a vaccine summit moderated by the U.S. Health and Human Services Secretary Alex Azar.

A panel of governors participated in the summit, including Gov. Greg Abbott, to discuss the development, regulation, delivery, and administration of coronavirus vaccines across the country. Abbott was joined by Tennessee Gov. Bill Lee, Louisiana Gov. John Bel Edwards, and Florida Gov. Ron DeSantis.

During the panel, Abbott said that Texas began preparing for the delivery of COVID-19 vaccines back in the spring and preparations have been accelerated in the past few months.

“Over the past month, we have already signed up more than 7,200 providers in the state of Texas that are waiting for these vaccines as we speak right now, ready to make sure that we do put needles in arms within 24 to 48 hours,” Abbott said. “And as soon as we get those vaccines, the providers that are signed up include hospitals and private health care providers, nursing homes, local pharmacies, and these large pharmacy chains.”

You can watch the full panel below. The governors begin speaking at the 34-minute mark.

Abbott said with the help of “Operation Warp Speed,” Texas was able to set up a large number of cold change storage operations so that the state would be equipped to adequately handle the Pfizer and Moderna vaccines. The governor also said that the State has run several mock distributions to eliminate any potential missteps.

Additionally, Abbott said Texas has established ways to communicate with those who receive the vaccine including a reminder card letting them know when and where to return for their second dose, as well as follow-up text messages, phone calls, email reminders, and “a statewide communication plan to make sure there is an inescapable way” for people to make sure they’re getting fully vaccinated.

The governor stated that he believes Texas is in a position to get 100,000 people vaccinated within 24 to 48 hours of receiving the first round of vaccines. He also emphasized that while he believes demand for the vaccines will be high and the state’s supplies will be used up, no one in Texas will be required to take a vaccine.

“We just want to make sure my fellow Texans know that we know that you are not going to be forced to take a vaccine against your will,” Abbott said.

Finally, Abbott addressed the need to get vaccines to underserved communities. He said that in a state as large and diverse as Texas, part of the job is identifying where those communities are, as many are located in large urban areas, but others are located in sparse rural areas that may not have access to health care at all. However, the State has a plan to reach those in need.

“The way that we are going to get to them is we have put together a bunch of mobile medical units that will be taking the vaccines to the people where they are in underserved communities to make sure that they will have access to those vaccines also,” Abbott said. “And we’ll be making clear exactly one thing … and that is the importance that they know that these vaccines are free. That’s not going to come with any money out of your pocket thanks in large part, thanks in total part, to Operation Warp Speed and what y’all have done here.”

The Operation Warp Speed summit kicked off around 1 p.m. CST. At the same time, President-elect Joe Biden was announcing his new health team. The governors’ panel portion began around 3:45 p.m.

Last week, the Texas Department of State Health Services released a list of hospitals that have been approved to receive the first round of vaccines in week one of distribution. According to that list, Central Texas hospitals will receive a total of 16,575 doses.