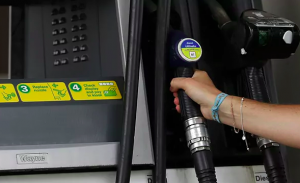 While gas prices fell during the month of July when compared to June, the trend doesn’t seem to be continuing in August with the nationwide average price of gas currently at 4.139 dollars in the United States of America.

The United States is still coping with record levels of inflation with the price of a gallon of gas still considerably higher than they were at the start of 2022.

It’s also worth noting that the average price of gas isn’t uniform across the country with some states being more expensive than others and vice-versa.

With the price of gas varying greatly even within a state, we’ve compiled a list of the cheapest gas stations in 10 of the US’ most populated cities.

Which state has the highest gas prices?

California continues to lead the way in terms of being the state with the most expensive gas prices with a gallon of gas costing 5.539 dollars on average, which is 1.40 dollars above the national average.

Which state has the lowest prices?

Texas maintains its status as the state with the lowest average price with a gallon of gas costing 3.644 on average, which is 0.495 dollars lower than the country’s average.

Where are the cheapest gas stations in the US located?

The following list details a set of 10 of the cheapest gas stations in some of the biggest cities in the country.