A former resident of Washington state has been sentenced to 40 years in prison after pleading guilty to murder for killing his child’s mother while visiting Houston relatives over the 2015 Christmas holidays, Harris County District Attorney Kim Ogg announced Saturday.

“All too often, domestic violence escalates to deadly violence,” Ogg said. “Even people who have left their abuser and filed charges can find themselves back in danger and, like in this case, it can cost them their lives.”

Jarrell Lamarck Darrington, 32, admitted to fatally stabbing 23-year-old Nancy Darlee Romeus, who was the mother of Darrington’s three-year-old son, about 7:05 p.m. on Dec. 23, 2015. 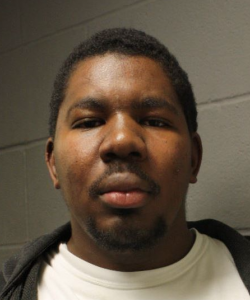 Darrington and Romeus both lived in Washington state, and court records show that he was convicted of domestic violence in May 2014.

The two agreed to meet up in Houston over the holidays in 2015 and stay with Darrington’s aunt at her home on Atherton Canyon Lane, in North Harris County.

It was there that Darrington stabbed Romeus multiple times as she held the couple’s son and tried to get away.

Darrington ran from the scene and was tracked and arrested by the Houston Police using K-9 units.