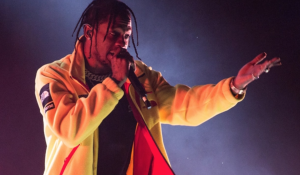 Travis Scott has unveiled the lineup for his third annual Astroworld Festival, taking place in his Houston hometown on Nov. 5-6, and like the rapper himself, it’s far-reaching and full of surprises, ranging from Lil Baby and SZA to Bad Bunny and Tame Impala to Earth Wind & Fire. Along with founder and headliner Scott, the full lineup — curated by Scott himself — for the festival, which takes place at Houston’s NRG Park, appears below.

Scott has also released a limited number of additional tickets to the event, which are on sale now at AstroworldFest.com.

The full music lineup is listed below in A-Z order and available online at AstroworldFest.com:

To commemorate the lineup news, the festival has also released today a limited number of two-day GA tickets to the 2021 event, which are on sale now at AstroworldFest.com. Prices begin at $349.99, although fans are encouraged to purchase immediately as ticket supply is extremely limited.

During the general ticket on-sale last spring, the entire weekend event sold out in under one hour without a music performance lineup attached. Scott’s festival has sold out in advance of the lineup reveal every year since inception, although 2021 set the record for the fastest sell-out yet.

Continuing a nod to the NRG’s previous tenant (Six Flags AstroWorld), the festival has again invested significant real estate to build out an amusement park and carnival footprint for the 2021 event.  This year’s fest will feature more than 30 custom carnival games and rides, including a roller coaster, Ferris wheel, and bumper cars – all of which are designed to entertain fans when they need a break from music.

Fans participating in the carnival games will have the opportunity to win one of 100+ different custom Astroworld prizes, which include limited-edition items that won’t be available anywhere else.

Participating carnival sponsors Raising Cane’s, Nike’s Jordan, and the Houston Astros have all kicked in grand prizes as well.

Over 100,000 fans from across the globe are slated to attend the third-year music festival, which returns to Scott’s hometown of Houston. The 2021 event features an expanded two-day format on Friday, November 5 and Saturday, November 6.

During the festival’s last iteration in November 2019, the one-day event played host to over 50,000 fans from across the globe for Scott’s special celebration of hip-hop, pop music, and Houston culture. As Scott himself solely curates and hand-selects the festival’s music lineup, past festival performances have featured some of today’s most sought-after music acts beyond just hip-hop and R&B including Post Malone, Rosalia, Pharrell Williams, Lil Wayne, Megan Thee Stallion, Young Thug, and Playboi Carti, among many others.

A portion of proceeds from the event will be donated to the festival’s official charity partner, Cactus Jack Foundation. Founded by Scott, the nonprofit organization seeks to empower and enrich the lives of youth by providing access to education and creative resources to ensure long-term success.