For the fourth day in a row, the state of Texas has set a record for the number of COVID-19 patients in the hospital.

On Thursday, the number of people in the state who were in the hospital with COVID-19 jumped to 12,268. It’s the first time the state has surpassed 12,000.

The state’s positivity rate is also on the rise. On Thursday, Texas reported molecular tests had 20.53 percent positivity. That’s up from Wednesday’s number, which was 18.74 percent.

ICU in the Texas Medical Center

Here in Houston, the Texas Medical Center is operating in ICU Phase 2. All 13,300 of their regular ICU beds in Phase 1 are full. Thirty-four percent of those beds in Phase 1 have COVID patients in them.

ICU phase 2 allocates an extra 373 beds to handle an increase in patients, regardless of their diagnoses.

There is also a Phase 3, which doctors are prepared for. That would be an additional 504 beds. But hospital officials say Phase 3 isn’t sustainable long term.

Dr. James McDeavitt, SVP and Dean of clinical affairs for Baylor College of Medicine said earlier in the pandemic that hospital staff can sustain Phase 3 for roughly 4 weeks. Anything longer would overwhelm hospital employees and affect patient care.

When Gov. Abbott signed an executive order back in October to further reopen the state, one stipulation was that if a trauma region had seven straight days of COVID patients accounting for 15 percent or higher of hospital capacity, they would have to reduce the occupancy of indoor businesses from 75 percent to 50 percent and stop elective surgeries.

So far, two regions in our area have had to roll back. One of those regions includes Chambers, Galveston, Liberty, and Brazoria Counties. Another includes Brazos, Grimes, and Washington Counties.

The region that includes Harris, Fort Bend, and Montgomery Counties is now at five days in a row above 15 percent.

Harris County issued a public safety alert Wednesday afternoon telling residents not to celebrate the New Year’s holiday with anyone outside of their household.

The alert states that COVID-19 is surging at a dangerous rate and that residents should cancel all gatherings for the holiday, urging them to “protect yourself, family and healthcare workers.”

As the New Year approaches there are growing concerns about how New Year’s Eve celebrations could lead to a deadlier COVID-19 surge and start to 2021.

“The concern for New Year’s Eve is totally different,” said Dr. Ali Mokdad. “It’s a different kind of celebration. People celebrate with friends, family and sometimes people they don’t know. It could be a super spreader event on top of what you’re seeing in Texas.”

Dr. Mokdad is a part of the University of Washington team behind a leading COVID-19 model the White House has relied upon throughout the pandemic. That model points to a worsening situation in Texas, much worse than the summer surge.

“Right now as the cases are increasing, we’re not seeing a rise in the prevalence of wearing masks and mobility is increasing,” Mokdad said.

Fewer masks and more people on the move, it’s been a crippling combo that fueled the winter surge in Texas. More than 60 percent of the state’s ICU beds are being used for COVID patients now.

And the peak is still to come. It’s expected on Jan. 9. 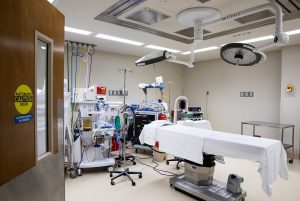