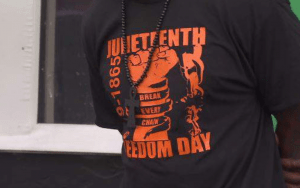 Juneteenth is already a state holiday in Texas, 46 other states, and the District of Columbia.

“The freedom of all Americans that Texas celebrates every Juneteenth should be celebrated all across the nation,” Cornyn said. “The passage of this bill represents a big step in our nation’s journey toward equality. I thank my colleagues in the Senate for their support, and my fellow Texans who have been celebrating this important holiday for more than a century.”

Cornyn, a Republican from Texas, is a member of the Senate Finance, Intelligence, and Judiciary Committees, and has been the lead author of the bill. The bill is also co-sponsored by 53 Senators, Republicans, and Democrats.