In the Western Permian Basin, the Railroad Commission began implementation last week of a first of its kind operator-led response plan that addresses injection-induced seismicity to help keep residents and the environment safe.

The plan for the Northern Culberson-Reeves Seismic Response Area (SRA) – which is adjacent to Guadalupe Mountain National Park to the west and is near the border of New Mexico to the north – is meant to reduce the intensity and frequency of earthquakes, including a goal to eliminate 3.5 magnitude or greater earthquakes no later than Dec. 31, 2023. 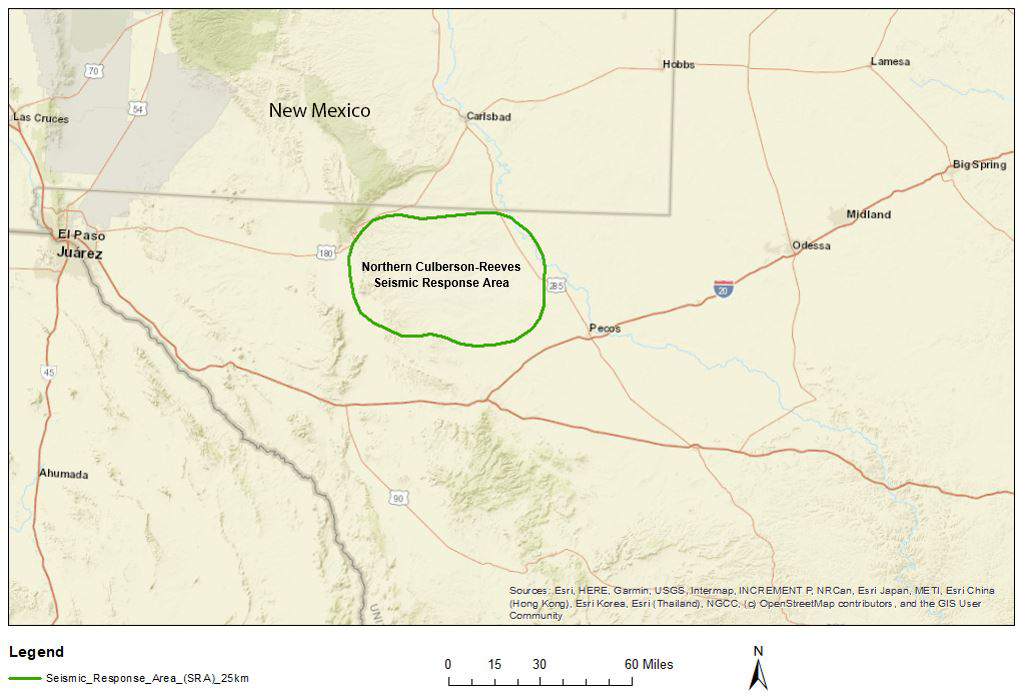 The comprehensive plan for the Northern Culberson-Reeves SRA provides variable reductions in disposal volumes of produced water (water that comes out of the ground with oil and gas during production) across all disposal wells. It will provide the RRC with additional information with the expansion of the seismic monitoring stations in the area, which will provide better data on the precise location and depth of earthquakes.

This is one of three SRAs in West Texas that the RRC has created to address injection-induced seismic activity from disposal wells. In December, the RRC indefinitely suspended deep disposal in the Gardendale SRA between Odessa and Midland. An operator-led response plan for the Stanton SRA is currently being developed.

“Industry asked RRC to allow them to come up with a plan to address the issue,” said Sean Avitt, Manager of RRC’s Injection-Storage Permits Unit. “We provided extensive feedback to ensure the plan met our goals. Industry was able to produce a plan leveraging what they know about the area and their injection operations there. However, we made it clear if circumstances change, the Commission may have to take further actions to reduce seismicity.”

Injection limits on shallow disposal wells are as follows:

Injection limits on deep disposal wells are as follows:

The full plan is available on RRC’s Seismicity Response webpage.