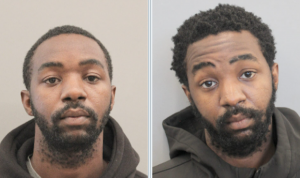 A member of a theft ring that cut catalytic converters out of dozens of City of Houston vehicles is a fugitive after failing to show up in court, and Crime Stoppers is offering a reward for information leading to his recapture, Harris County District Attorney Kim Ogg announced Monday.

Brady Stanley, 26, was out on bond on four other felony charges, when he failed to appear in court on Dec. 20, 2021. Stanley is charged with engaging in organized criminal activity for his role in stealing and reselling catalytic converters with accomplices in incidents spanning April through November 2021.

The combined value of the 46 catalytic converters stolen from the city’s fleet in this case totals $36,800.

When Stanley didn’t show up in the 263rd District Court, a judge forfeited his bond.

Catalytic converters are prized by thieves looking to sell the platinum and other precious metals they contain. Dozens of vehicles in the city’s fleet have been targeted, but Harris County residents also increasingly are finding the parts have been sawed from their cars and trucks.

Making matters worse, supply-chain woes related to the COVID-19 pandemic have depleted the availability of replacement parts, meaning that some vehicles are out of service for several weeks before they can be repaired.

“This property crime has plagued thousands of victims in our community as we are all already facing so many challenges, and it won’t be tolerated,” Ogg said. “Someone out there knows where this fugitive is hiding and now has an opportunity to not only do the right thing but get paid.”

A reward of up to $5,000 is being offered for information leading to Stanley’s return to custody. Anyone with knowledge of his whereabouts is asked to contact Crime Stoppers at 713-222-TIPS.

Assistant District Attorney Shanice Newton is prosecuting the cases, which were investigated by the Houston Police Department.

To reduce the likelihood of having a catalytic converter stolen, the Harris County Sheriff’s Office recommends taking these preventive steps: