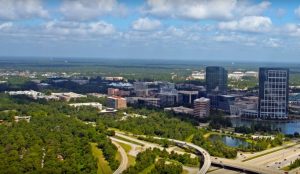 On Tuesday, residents in the Woodlands voted against two proposals to incorporate the township as a city.

THE WOODLANDS TOWNSHIP – PROPOSITION A

Authorizing the Type-A city incorporation of The Woodlands Township District and the adoption of an initial property tax rate of not more than $0.2231 per one hundred dollars ($100) valuation of taxable property.

THE WOODLANDS TOWNSHIP – PROPOSITION B

Some people told KPRC 2 they felt like the process was rushed and expensive. Others said, The Woodlands has grown and it’s time to move forward.

Barry Daniels said he voted in favor of the Woodlands becoming its own city because it’s time for a change.

“So that we can kind of control our own destiny. As it is we are subject to the whims of political organizations and groups outside of our township,” Daniels said.

According to the township’s website, if voters had approved both measures, the City of The Woodlands would be in control of its own police department along with maintaining roads and infrastructure.

“I knew that we would have to set up our own police department, and I wasn’t sure we would have the same level of security as we do now and that was very important to me. But I also felt like maintaining the roads was a very big issue. Of course, we are a very large community, but I felt like this may be more than they could handle,” she said.

In a Facebook post Noack said, “In the Woodlands, we still believe in smaller government, fiscal responsibility, and limited power, which is why voters were overwhelmingly against incorporation all along. It’s a shame the Township Board chose to ignore, and in some cases, actively suppress residents’ voices.”

Residents like Daniels hope The Woodlands will become a city one day and believe it’s a step in the right direction.

“I guess I would like to see them study it some more and not try to rush it next time and give us another chance to vote,” he said.