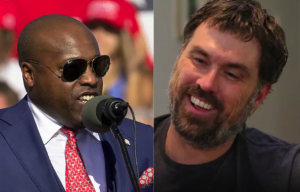 Hunt, a former Army captain and Iraq War veteran, benefitted from a map that Republican state lawmakers drew largely with him specifically in mind. TX-38 stretches across northwestern Houston and Harris County, including the suburbs of Jersey Village, Cypress, Tomball, and Katy. It includes conservative portions of what was previously Texas’ 7th Congressional District, a swing district prior to the 2021 redistricting cycle.

“Serving the people of Texas’s 38th Congressional District will be the greatest honor of my life,” Hunt said in an emailed statement. “The support our campaign received from every corner of the district has been overwhelming, and I am incredibly grateful to all my supporters for dedicating their time and resources to this extremely important cause.”

Hunt said his top priority would be to “restore our energy independence”, lower inflation, address security at the southern border, and “make our nation a safer place to live.”

“The American people have spoken, and they have overwhelmingly rejected the Biden Administration’s agenda and one-party Democrat rule in Washington,” Hunt said.

Hunt previously ran, and lost, against Democratic Congresswoman Lizzie Fletcher in TX-7 in 2020.

Klussmann, Hunt’s opponent, is a clinical assistant professor at the University of Houston’s College of Education. He served as superintendent of Spring Branch ISD for 11 years and as a member of the city council of Jersey Village.

Close by, Republican Morgan Luttrell beat Democrat Laura Jones 70% to 29% in Texas’ 8th Congressional District. Luttrell, a retired Navy SEAL, emerged from a crowded primary to succeed retiring Republican Congressman Kevin Brady. TX-8 stretches from the northern outskirts of metro Houston across nine counties, including portions of Harris County and all of Montgomery County (including Conroe).