Railroad Commission geologists have identified and mapped a deep aquifer in Texas that could yield appreciable volumes of fresh water in and around Eagle Pass, a semiarid region of the U.S.-Mexico border.

The Maverick Basin Aquifer, RRC’s working name, has been located in the Glen Rose Formation, which is more than a mile under the surface in some places. Maverick, Dimmit, and Zavala Counties have deeper water, and Kinney and Uvalde Counties are somewhat shallower. So far, the aquifer is known to be at least 3,000 square miles in area and averages about 1,000 feet thick in most places. 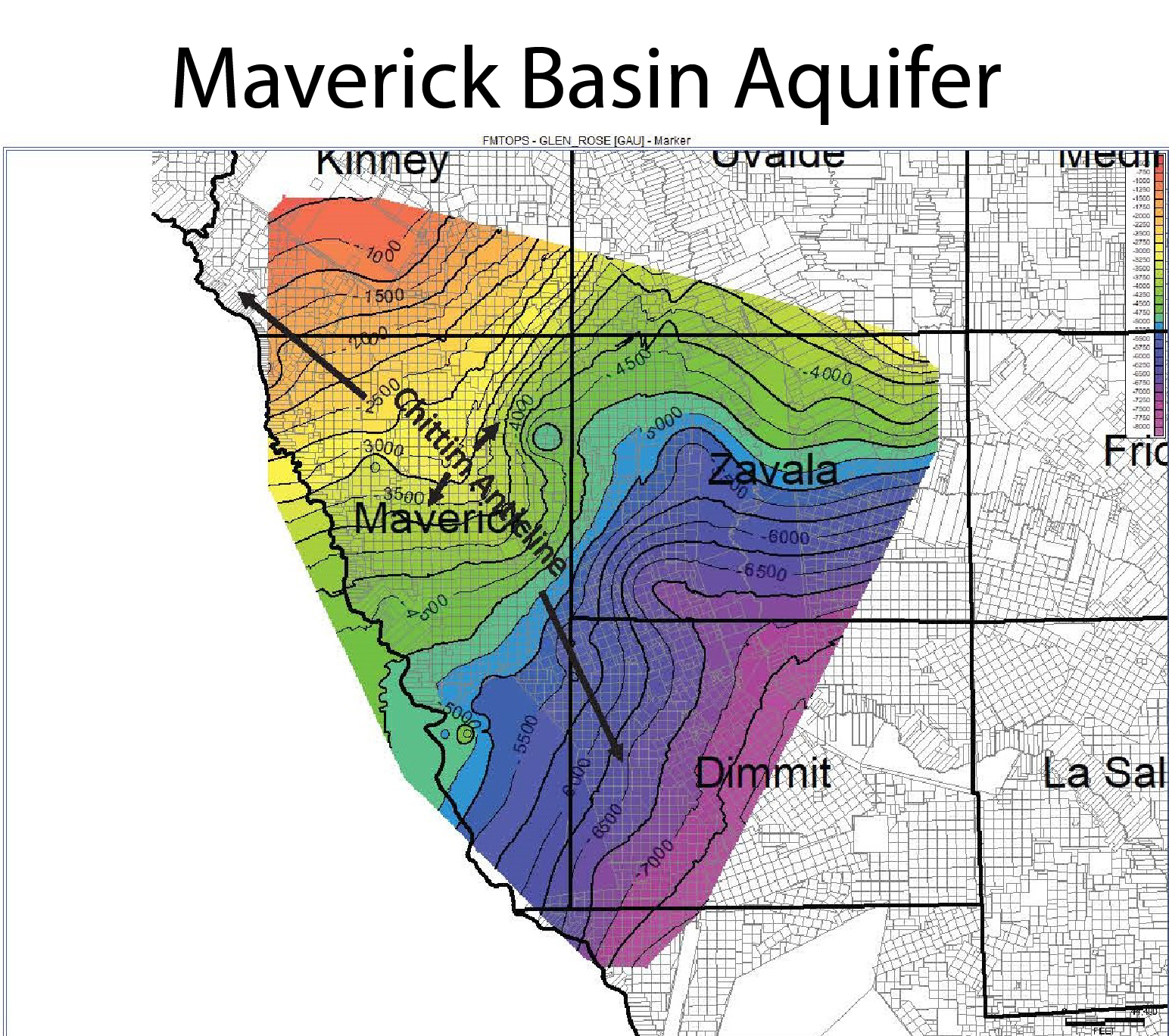 The aquifer’s recharge zone geologically is via karsts in the hills 50 miles west of the Rio Grande in Mexico and has no connection with the river.

A driller of a would-be oil well is working with the RRC to obtain permission to convert it to a drinking water well, which is what prompted research by RRC’s Groundwater Advisory Unit (GAU).

“It’s because of oil and gas exploration that we found this aquifer, said James Harcourt, Manager of the GAU. “The aquifer likely holds sustainable quantities of drinking water. It almost never happens that you have pristine water quality at these depths in these volumes.”

RRC’s GAU, which is more than 100 years old, reviews data from operators, academics, government agencies, and groundwater conservation districts and other sources to ensure that oil field activities and well designs are protective of fresh water. The GAU issues groundwater identification reports which must be reviewed by RRC field staff and operators before underground oil and gas engineering operations could be approved.

Data from testing the Maverick Basin Aquifer during GAU research showed future water wells could be capable of sustainably producing thousands of gallons of freshwater per day from an individual well with some wells exhibiting artesian flow.

The RRC has had the water tested by a San Antonio laboratory, and tests show it meets or exceeds federal and state drinking water standards. Most water occurring so deep under the surface of the earth is extremely salty or has other constituents, so this find, initially reported by the driller, is quite unusual.

The GAU is sharing this new water find with the Texas Water Development Board, which oversees the state’s water planning and water availability; the Board will do further research of its own.