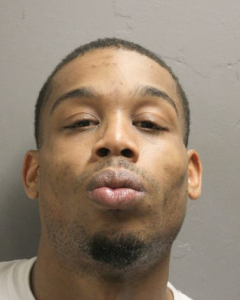 A Houston pimp is now a fugitive, after skipping out during his trial where he was convicted by a jury and got 40 years in prison for forcing a runaway teenager into prostitution, Harris County District Attorney Kim Ogg announced Thursday.

“He repeatedly forced a minor to have sex with strangers for money, and anyone who does that deserves decades in prison,” Ogg said. “Somebody out there knows where he is hiding, and could collect a reward for doing the right thing.”

A Harris County jury convicted DeAundric Jaquay Dorsey, 33, after a three-day trial. Dorsey, whom District Judge DaSean Jones had released on bond, didn’t come back to court after the first day of his trial.

“He is a dangerous pimp and now he is somewhere in the wind,” Assistant District Attorney Kenisha Day said. “When the victim showed up to testify, you could just see that he knew he was going to prison.”

He was prosecuted by Day and ADA Veronica Alvarado, both of the Adult Sex Crimes & Trafficking Division of the Harris County District Attorney’s Office.

After the jury convicted Dorsey of forcing a 16-year-old runaway into prostitution on the Bissonnet strip, Jones set his punishment at 40 years in prison.

The teen, who said Dorsey repeatedly threatened to kill her if she didn’t work, eventually escaped long enough to borrow a cell phone and call her mother to come to get her. Her mother called police and the Harris County Sheriff’s Office, which investigated the case, arrested Dorsey.

Court records show that prosecutors had requested from the court that the defendant be held without bond pending trial, as he was previously convicted of robbery in Michigan and presented a flight risk, and a danger to the Harris County community and the trafficking victim.

Judge Jones later reduced the bond from $50,000 to $25,000, then further reduced the bond to $15,000, which the defendant made, and he was released from custody- and therefore able to flee from justice this week during the course of his jury trial.

Anyone with information on Dorsey’s whereabouts is asked to contact Crime Stoppers at 713-222-TIPS. A reward of up to $5,000 is being offered for information leading to him being back in custody.