Novavax on Monday announced it is beginning a phase three trial of its coronavirus vaccine, becoming the fifth company to enter a late-stage trial in the United States.

While two other coronavirus vaccines, from Pfizer and Moderna, have already been authorized in the U.S., the addition of more options would make more doses available and speed the vaccination campaign.

The Novavax vaccine, which uses a more traditional vaccine technology than Pfizer and Moderna, also has the advantage of not requiring ultra-cold storage, making it easier to distribute.

Novavax, with backing from the Trump administration’s Operation Warp Speed, is enrolling up to 30,000 volunteers at 115 sites across the U.S. and Mexico in the clinical trial.

A trial has already begun in the United Kingdom. Novavax had intended to begin its U.S. trial earlier but delayed the start because of manufacturing problems.

“The launch of this study—the fifth investigational COVID-19 vaccine candidate to be tested in a Phase 3 trial in the United States—demonstrates our resolve to end the pandemic through the development of multiple safe and effective vaccines,” said Anthony Fauci, the government’s top infectious diseases expert.

Surging virus cases across the country can actually help speed up the trial, given that cases of the virus in the group receiving the placebo will accrue faster.

“Trial sites were selected in locations where transmission rates are currently high, to accelerate the accumulation of positive cases that could show efficacy,” Novavax said in a press release. 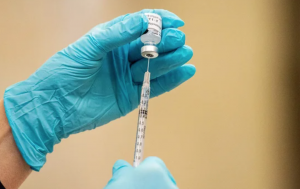