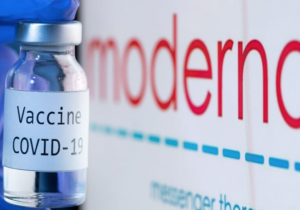 A panel of outside advisers to the U.S. Food and Drug Administration is expected to endorse emergency use of Moderna Inc.’s coronavirus vaccine during a meeting on Thursday, as the nation prepares to roll out a second vaccine.

The panel vote on whether the vaccine’s benefits outweigh its risks is likely to come in the late afternoon, with an FDA authorization expected as soon as Friday.

It is the same committee of expert advisers that last week backed the COVID-19 vaccine from Pfizer Inc. and German partner BioNTech SE, clearing the way for the FDA emergency use authorization (EUA) a day later.  A massive inoculation program began at U.S. hospitals on Monday.

The Moderna vaccine uses similar messenger RNA technology but with less onerous cold storage requirements than the Pfizer/BioNTech shot, making it a better option for remote and rural areas. Both vaccines were about 95 percent effective in preventing illness in pivotal clinical trials.

SVB Leerink analysts said the Moderna vaccine appears less tolerable than the Pfizer/BioNTech shot, but noted that is not a proper comparison across trials and unlikely to stand in the way of a EUA.

The FDA staff did not raise any serious concerns about safety in documents published on Tuesday in preparation for the meeting. It said a link between Bell’s palsy, which causes temporary paralysis of facial muscles, and the vaccine could not be ruled out after some cases were reported in trials of both vaccines.

Moderna is seeking authorization for people aged 18 and older.

Some cases of allergic reactions to the Pfizer-BioNtech shot have been reported in the United States and Britain since the rollout began.

Two cases of the severe, potentially life-threatening allergic reaction occurred in Moderna’s large clinical study, one among those who received the vaccine and the other in the placebo group, Martin said.

The vaccine recipient with the allergic reaction had a history of asthma and a shellfish allergy, he said.

The Massachusetts-based company, which has never produced a vaccine on this scale, is working with multiple partners to produce its vaccine, including Switzerland’s Lonza.

Initial Moderna vaccine supply would likely go to the United States, which has signed deals to secure as many as 200 million doses and is expecting the first 20 million this month. The vaccine is administered in two doses about four weeks apart, a longer interval than Pfizer’s three-week period before the second shot.

“We anticipate that there may be additional reports, which we will rapidly investigate,” Fink said.

The White House is eager to deploy the Moderna vaccine, given the toll the virus has exacted on the U.S. There were 3,400 deaths attributable to the coronavirus across the country, the COVID Tracking Project from The Atlantic magazine reported on Wednesday. The death toll since the start of the pandemic in the U.S. recently passed 300,000 Americans.

“We’re ready to start shipping this weekend to them for rollout Monday, Tuesday, Wednesday of next week. We’re ready to go,” Azar said.

The company has also signed supply deals with Canada, the European Union, and the U.K. The vaccine is undergoing a “rolling review” by regulators for all three.

Prime Minister Justin Trudeau said this week it is expected Canada will receive 168,000 doses of Moderna’s vaccine before the end of the year, contingent on an expected approval soon from Health Canada.

In total, six million Moderna and Pfizer vaccines are expected to be delivered to Canada by the end of March 2021, the government has said.

Unlike the Pfizer vaccine, which is being delivered directly by the company to points of use, the federal government will be responsible for the logistics associated with importing the Moderna shot and distributing the product to the provinces and territories.