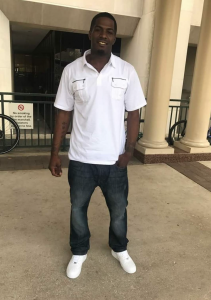 A Spring Branch man has been sentenced to 45 years in prison after being convicted of murder for gunning down his brother-in-law after a scuffle, Harris County District Attorney Kim Ogg announced Thursday.

Jordan Jamal Alvarado, 27, was convicted by a jury of fatally shooting 33-year-old Keith Johnson in a parking lot of a northwest Harris County apartment complex on July 20, 2018.

“It happens all too often that someone gets mad, grabs a gun and starts shooting and, like in this case, murders someone in their own family,” Ogg said. “Instead of just walking away and staying away, this defendant destroyed a family.” 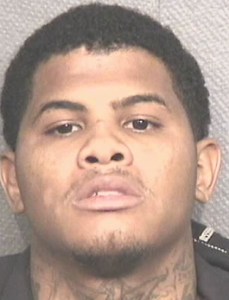 “These two families kind of grew up together,” Scott said. “They were very close. One witness testified that it was like he was losing two brothers.”

Scott said the two men got into an argument that turned into a physical fight in the parking lot of the complex at 10580 Hammerly Blvd. After a brief scuffle, Alvarado walked away. He returned minutes later with a gun and shot Johnson once in the chest.

“Simply losing a fistfight doesn’t give you the right to kill someone,” Scott said.

Alvarado was convicted after a four-day jury trial that ended Wednesday. A visiting judge sentenced him to 45 years. He faced a maximum of life in prison.

“We thank the jurors for their service to the community,” Ogg said.