With her Tokyo Olympics drawing to a close, American swimmer Katie Ledecky can start to unwind.

“I did have a hamburger after I was done — that tasted good,” she says about a celebratory meal that was more than deserved.
Ledecky won 1500m and 800m freestyle golds in Tokyo and silvers in the 400m freestyle and 4x200m freestyle relay reaffirmed her status as a unique athlete who is able to compete over short and long-distance events. She has now won 10 medals across three Olympic Games.
It wasn’t all smooth-sailing in Tokyo, however, as 24-year-old Ledecky faced stern competition from Australia’s double Olympic gold medalist Ariarne Titmus and finished fifth in the 200m free.
But after the challenges of the past 18 months, which includes long periods away from her family and being forced to train in a backyard pool at the height of the Covid-19 pandemic, Ledecky is now able to reflect on everything she’s achieved. 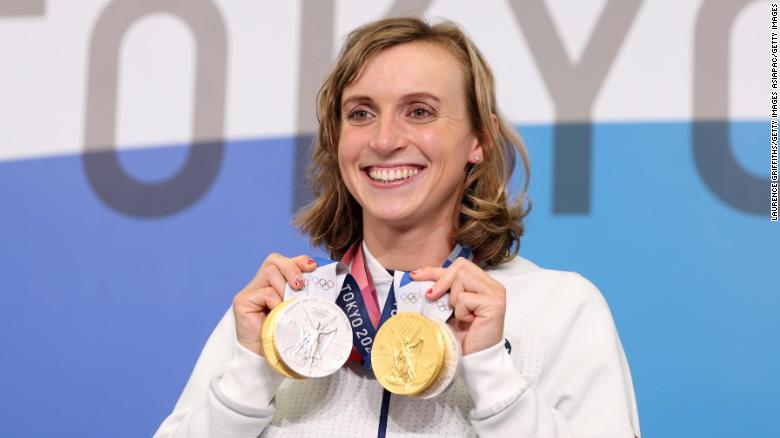 Ledecky poses with her two gold and two silver medals at the Tokyo Olympics.
“(The medals) just represent a lot of hard work, not just for me, but for my family, my friends, my coaches, my teammates, just everyone that’s been a part of this journey, not just the past five years, but my whole swimming career,” Ledecky tells CNN.
“And it’s an amazing feeling to be bringing home two golds and two silvers here and competing in my third Olympics. That’s something I never would have imagined when I first started swimming.”
Speaking to reporters following her 1500m victory last week, Ledecky acknowledged the pressure that comes with being one of the Olympics’ high-profile athletes, a time when “everyone around the world is watching” and “the cameras follow you around.”
It’s a subject that has been at the forefront of these Games following Simone Biles’ withdrawal from gymnastics events to protect her mental health.
Ledecky, who won her first gold medal as a 15-year-old in 2012, is no stranger to the weight of public expectation; over time, she says she’s found ways to manage it.
“I think I’ve gained perspective over the years and have stayed true to my own goals,” she says.
“I’m very grateful for my family, my friends, my coaches, and all my teammates who have helped me keep things in perspective and helped me keep a balanced life.
“Swimming is not the only thing that I enjoy doing. I’m passionate about other things as well. So I’m really happy that I just finished my degree at Stanford and just had a great time there,” added Ledecky, who studied psychology.
“There’s so much more to life than swimming and the Olympics, and the people around me remind me of that.” 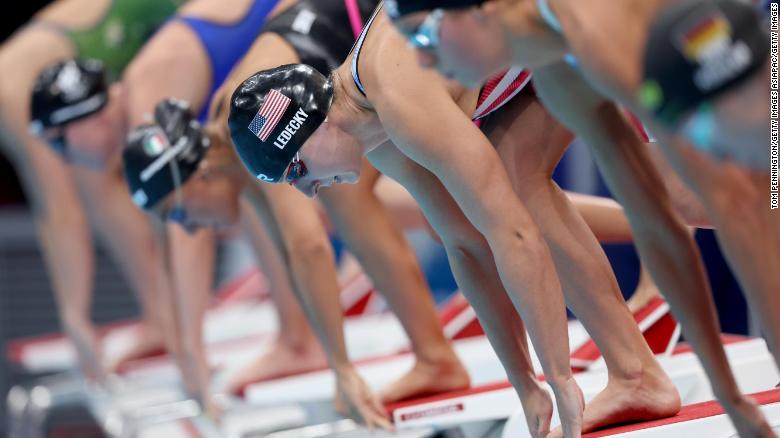 Ledecky prepares to race in the women’s 800m freestyle final at the Tokyo Olympics.
Protocols at the Tokyo Olympics insist that athletes must leave Japan 48 hours after they’ve finished competing.
It means Ledecky’s Games are brought to something of an abrupt end compared to previous occasions, although she’s looking forward to leaving Tokyo with more than just another four medals to add to her collection.
“It’s a really special time between the Olympic trials and the Olympics where you’re with your teammates for about five weeks training and experiencing this,” she says.
“It’s fun to spend all this time together. And then it’s hard when we all have to leave and go our separate ways.
“I know I’m just going to be sharing tons and tons of stories with my family and friends from this whole trip and experience … I’m just really excited to get home and give them a big hug.”
Source: edition.cnn.com
COVID-19 News
Politics
Community
Immigration