Jeffrey was well-respected among the Houston Police force and his community. Houston honored him Monday with heartfelt remarks and a final salute. 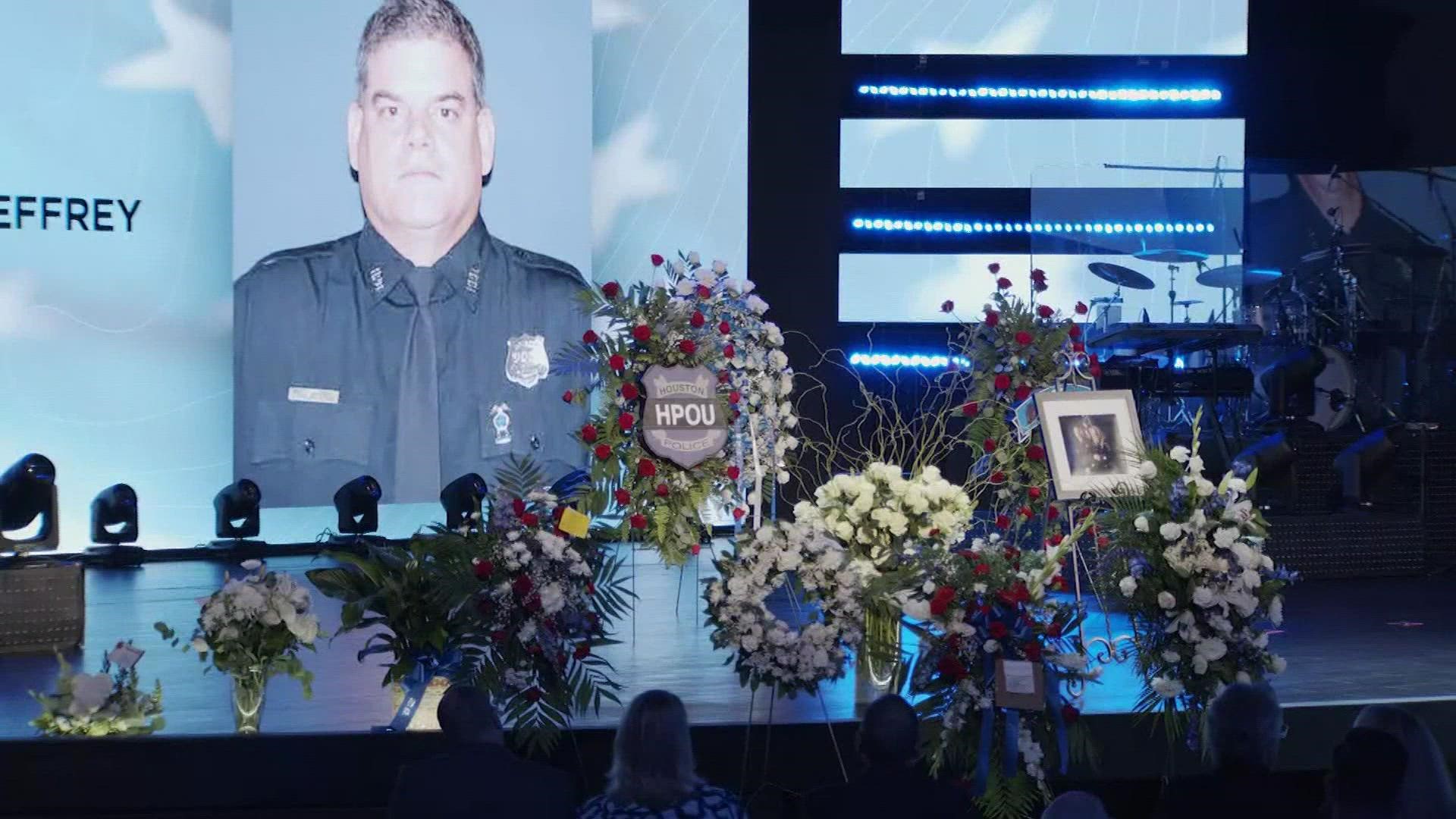 Senior Houston Police Officer William ‘Bill’ Jeffrey was remembered by his city, his colleagues, and his family in an emotional funeral service Monday.

During the service, Mayor Turner proclaimed Monday, September 27, 2021, as Senior Officer William ‘Bill’ Jeffrey Day in the city of Houston.

“All of us come together to say, ‘Bill, thank you for giving of yourself to this city,'” Turner said. “And to this family, we lift you up, and may God guide you every single day.”

Finner spoke of officer Jeffrey’s service, mentioning his history with the department. Officer Jeffrey was in HPD’s major offenders unit for 12 years. While there, he executed more than 4,000 warrants with 2,500 arrests.

“That is to be horned and never forgotten,” said Finner.

Lacie Jeffrey spoke lovingly of her father at his funeral, saying he was more than an officer. He was a brother, an uncle, a friend. Most importantly, she said, he was a husband and a father and a grandfather.

Lacie told stories of her father, including his love for greeting cards. She said he would underline key messages in the cards he would send and write his own note in it.

She recalled one instance when she was accepted into Texas A&M and the card she got from her dad. At the bottom of the card, he wrote ‘HNB.’

“I called him, and in the midst of that conversation, I asked him, ‘Hey Dad, what does HNB mean?'” said, Lacie. “I could feel him roll his eyes through the phone and he said, ‘Hold nothing back, duh,’ like I was supposed to know that!  I’m pretty sure he just made that up.”

It was a message she would wrap her eulogy up with.

“I am so, so proud of him. I will miss him every single day for the rest of my life, and I will do everything in my power to keep his memory alive until I meet him at heaven’s gate,” she said.  “There are not enough words to express how grateful I am to each and every one of you who are here today. Thank you just doesn’t seem like enough. We have a long road ahead of us, but if I can ask anything of you, it is to live your life to the fullest, remind your family how much you love them, and hold nothing back.”