A Houston man was sentenced to 25 years in prison without the possibility of parole for molesting a 3-year-old in the bathtub while supervising her in 2015, Harris County District Attorney Kim Ogg announced Tuesday. 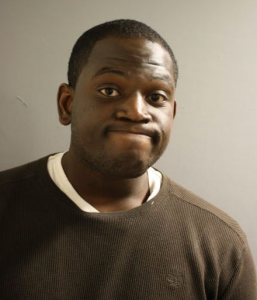 “We have a duty to protect the most vulnerable in our community,” Ogg said. “When someone molests a child under the age of six, our law provides for them to serve every single day of their prison sentence without the chance of parole, and in a case like this, that is a just and fair sentence.”

Wilber Curtis Johnson, 30, was sentenced by state District Judge Ana Martinez, after being convicted of super aggravated sexual assault of a child for molesting the young girl on October 1, 2015.

Days later, the three-year-old girl made an outcry to her father and grandmother about being touched inappropriately. They contacted the Houston Police Department. Investigators interviewed the child, who was able to tell what happened and filed charges against Johnson, who sometimes took care of the young girl.

“This is a really egregious case because she was so young, so vulnerable, and so defenseless,” said Assistant District Attorney Edward Appelbaum, who prosecuted the case with ADA Janna Oswald.  “She was only able to defend herself by splashing water on him while it was happening and by telling her dad what happened. She defended herself the best way that she could.”

The case was investigated by the Houston Police Department and prosecuted by the Crimes Against Children Division of the Harris County District Attorney’s Office.