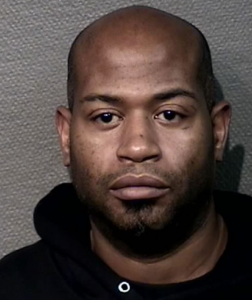 A Houston man, who was known at his church as “Uncle Al,” has been sentenced to life in prison without parole for molesting four girls, Harris County District Attorney Kim Ogg announced Saturday.

“He groomed, molested, and raped these girls, and then he threatened their lives if they spoke out,” Ogg said. “He deserves to spend the rest of his life behind bars.”

Alfredo Lee Johnson, 43, went through a week-long trial before being convicted by a jury of continuous sexual assault of a child for repeatedly molesting a girl who was younger than 14.

The crime carries a minimum of 25 years in prison and a maximum of life in prison and on Friday, a judge sentenced him to the maximum.

Johnson’s behavior went from inappropriate touching to sexual assault from January 1, 2013, to August 5, 2016, according to testimony at the trial.

Jurors heard testimony that “Uncle Al,” who sometimes supervised the children of family friends and people from his church, groomed then raped a 15-year-old, molested a girl under the age of 14, and molested a 15-year-old in Louisiana.

Assistant District Attorney Mary Grace Bullard, who prosecuted the case with ADA Jana Oswald, both of the Crimes Against Children Division, thanked jurors and the judge and noted how important it is that children feel supported when they make an outcry.

“Without support, children are likely to recant in order to survive the situation they find themselves in,” Bullard said. “The first victim only felt safe to tell what happened to her after multiple other victims had outcries because she knew she’d be believed and felt supported by the person she told.”