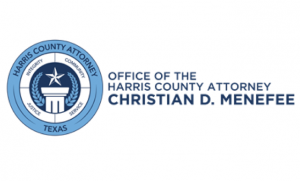 Prolonged blackouts and low temperatures caused the deaths of nearly 80 Texans due to hypothermia, carbon monoxide poisoning, and other storm-related reasons.

Today, the Harris County Attorney’s Office (HCAO) filed an amicus (friend of the court) brief with the Texas Supreme Court opposing the Electricity Reliability Cooperative of Texas’s (ERCOT) argument that it is entitled to governmental immunity (which would bar most people from suing ERCOT). The brief warns were the court to grant the ERCOT immunity, ERCOT could use that ruling to oppose lawsuits by residents in the wake of Winter Storm Uri and the collapse of the energy grid.

ERCOT is a private entity that has managed the Texas power grid since the grid’s deregulation in 1999. Despite the fact that it is not a government entity, in a fraud case currently before the Texas Supreme Court, ERCOT argues that it is protected from suit by governmental immunity. The amicus brief asks the court to reject ERCOT’s argument and shows the impact immunity could have on future claims brought by Harris County residents for property damage and injury stemming from Winter Storm Uri and ERCOT’s conduct in managing the power grid during that event.

Harris County Attorney Christian D. Menefee said, “The County and its residents should have the ability to hold ERCOT accountable in court. While it will take time to fully understand the extent of the damage and loss caused by the power grid failure, the Supreme Court of Texas must not foreclose the possibility that ERCOT should have to compensate those who were harmed by its evident failure to keep our power grid operational.

The storm and resulting power outages impacted about 1.4 million Houston-area residents, and nearly 80 Texans died from hypothermia, carbon monoxide poisoning, and other storm-related causes. Millions of residents languished for days without power or water, and many suffered personal injuries as well as extensive property damage.  These people must be able to seek justice in the courts.”

About the Harris County Attorney’s Office

Christian D. Menefee serves as the Harris County Attorney, the County’s chief civil lawyer. The Harris County Attorney’s Office is committed to protecting and proactively advocating for the interests of Harris County residents and government through the civil justice system. This Amicus Brief represents Menefee’s commitment to defending the rights of residents, protecting consumers from exploitation and supporting the will of the people through the elevation of local control.  Menefee continues to be a voice for the people, standing up for vulnerable communities and using civil actions to ensure our rights are protected and expanded.