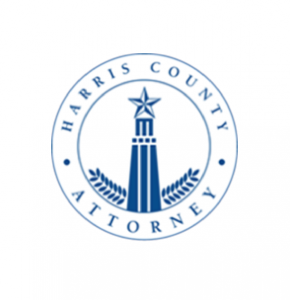 The HCAO challenged Valero’s HCN permit—issued by the Texas Commission on Environmental Quality (TCEQ)—in response to residents expressing their concern, and this represents the first time Harris County has been involved with an air permit challenge for the emission of HCN.

Valero’s TCEQ permit allows it to emit HCN at its Fluid Catalytic Cracker Unit at 9701 Manchester St., Houston, TX 77012. Although HCN is a warfare agent whose illegal manufacturing, storage and transfer is banned by an international treaty, federal and state law allows refineries to emit it without meaningful emissions controls. HCAO pursued this permit challenge at the request of people living in the communities surrounding the refinery, and worked closely with HPCS to develop a settlement that best met the community’s needs for monitoring, compliance, and a lower emissions limit within the constraint of EPA’s regulations.

Harris County Attorney Christian D. Menefee stated, “HCN is a dangerous substance and a risk factor for neurological damage to folks exposed to it. Federal and state regulations have not caught up with the science, so our County government will not sit by idly while our communities are put at risk. This settlement exceeds what current federal and state regulations require. We will continue to put Harris County residents first and protect them from toxic substances.”

“For years, folks in Manchester have paid a significant price for living adjacent to this refinery and their exposure to pollutants produced by the facility. In this case, the site in question was set to increase its emissions beyond what residents usually have encountered, and this settlement helps mitigate the harm they would have experienced. The recent industry-funded grant to purchase air monitors in Precinct 2 was built on the idea of being good neighbors. I hope the folks at Valero will learn from the example we’ve set and bring a more neighborly attitude in how they do business. I am proud of the work done by County Attorney Menefee and his office to achieve this agreement. There is still much more work to do to protect the health and well-being of our community – and I intend to make sure Harris County continues to lead in that effort.”

o   Valero agreed to conduct two additional stack tests each year after the TCEQ-required stack test. The settlement requires Valero to provide stack test reports instead of only test results.

o   Valero agreed to record the hourly coke burn rate and provide the records to regulators on request. The County had the authority to demand these records but the settlement agreement serves to streamline the process and ensure the records are created.