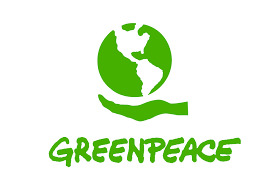 Greenpeace paid $58,450 in criminal restitution to five local police and firefighter agencies as part of a plea agreement with 25 defendants, who executed a “takeover” of the Fred Hartman Bridge, closing the Port of Houston for approximately 24 hours in September 2019, Harris County District Attorney Kim Ogg announced Friday.

“Regardless of motive, it is illegal to risk the lives of law enforcement and ordinary people who must drive the bridge. They wasted the time of police officers and firefighters, who potentially could have been used to respond to real emergencies,” Ogg said.

As part of the agreement, the 11 people who repelled off the bridge in 2019 and the 14 people who helped them including those acting as “spotters,” admitted to their guilt to the charge of Obstructing a Highway.

They also each paid a pre-trial intervention fee of $250, and Green Peace paid $58,450.92 to the agencies affected by their actions.

The defendants repelled off the bridge and unfurled long flags to gain attention the day of a national Democratic debate of presidential hopefuls.

The group stopped traffic on the bridge and along State Highway 146, as well as ships navigating the channel and Gulf Intercostal Waterway.

The defendants were from at least 13 different states and the District of Columbia. None lived in Texas.

The case was prosecuted by Assistant District Attorney George Lindsey.

The Pre Trial Intervention agreement, signed by each defendant, states:

“I am guilty of the offense of Obstruction of a Highway by being a participant in an orchestrated take-over of the Fred Hartmann Bridge in Harris County, Texas. With the intent to comment the offenses, I solicited, directed, aided and attempted to aid , and encouraged others to attach myself and/ or others to the bridge infrastructure, rappel, and suspend myself and/ others above the Port of Houston Ship Channel. Because of my actions, shipping operations ceased for up to an including 24 hours within the Houston Ship Channel, causing unnecessary loss of income to those delayed. I understand that my actions unnecessarily put my life and the life of the first responders who ultimately rescued me, in danger of serious bodily injury and/or death. Additionally, I understand that responding law enforcement agencies utilized scarce life-saving resources that potentially could have been used in other emergencies in removing me from suspension over the Houston Ship Channel.”