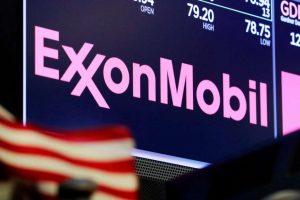 In a news release, the company said it anticipates about 1,900 workers will be affected by the workforce reduction through “voluntary and involuntary programs.”

As has been with similar energy companies as of late, the Irving-based company cites the pandemic’s impact on its efforts to “improve efficiency and reduce costs.”

“The company recognizes these decisions will impact employees and their families and has put these programs in place only after comprehensive evaluation and thoughtful deliberation,” the company concluded in its release. “Employees who are separated through involuntary programs will be provided with support, including severance and outplacement services.”

Earlier this month, the company announced reductions of 1,600 positions across its European affiliates.

Just six years ago, ExxonMobil opened a state-of-the art campus in Spring, just off I-45 and the Hardy Toll Road, that houses four of its offshoot companies.

In addition, the company holds a Baytown complex, which it touts as one of the “largest integrated and most technologically advanced refining and petrochemical complexes in the world.”

As of mid-morning Thursday, ExxonMobil has been trading up at just $32.46 a share.