A 21-year-old man who lured two people to a phony drug buy and robbed then shot them, killing one, has been sentenced to life in prison after being convicted of capital murder, Harris County District Attorney Kim Ogg announced Monday. A second defendant, who has pleaded guilty, is to be sentencing in the coming weeks by a judge. 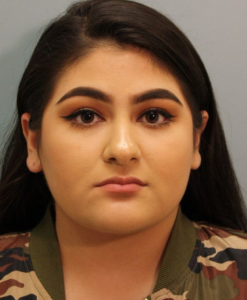 “This man-made a cold-blooded plan to lie, rob and kill and then carried it out,” Ogg said. “A Harris County jury agreed that it was capital murder, and justice mandates that he spend the rest of his life in prison.”

Christopher Rodriguez was 16 when he and Faith Deleon lured two 18-year-olds to a Cypress theater parking lot on New Year’s Day 2017 by saying they wanted to buy a small amount of marijuana.

Daniel Gerding and Colyn Timmons met the duo at the Studio Movie Grill in the 8500 block of State Highway 6. Rodriguez and Deleon got into Gerding’s Toyota Camry and demanded money. Then Rodriguez shot Gerding twice in the back and when Timmons tried to get out of the car, Rodriguez shot him in the face

Deleon and Rodriguez fled in their pickup truck and were arrested after an investigation by the Harris County Sheriff’s Office. Gerding died and Timmons survived. 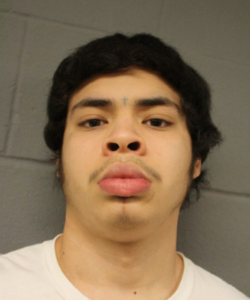 Rodriguez was initially charged as a juvenile and then certified to be tried as an adult. He was convicted of capital murder on Friday after a week-long trial and was automatically sentenced to life in prison. Because he was a juvenile when the crime was committed, he will be eligible for parole after 40 years.

“We appreciate the efforts and attention of the jury, and we are happy to see that justice is finally done,” she said.

Deleon, who was 17 at the time of the crime, has admitted her guilt in the case and is expected to be sentenced by a judge on October 4.