Donald Trump’s presidency is set to torment America up to and even beyond his final hours in power with Democrats moving inexorably towards making him the first President to be impeached twice after he incited a mob assault on Congress.

The horror of last week’s attack on the citadel of US democracy is only growing as frightening new details emerge of the chaos and anarchy inside the US Capitol and fears mount of more violence by radicalized Trump supporters and right-wing extremists in the run-up to Joe Biden being inaugurated as the 46th president next week.
Trump’s actions have again put the nation on the traumatic path of impeachment — an always contentious process that leaves its own bitter legacy of political pain. Before Trump came to Washington, only two Presidents had been impeached in the near two-and-a-half century history of the United States. He is now staring at the shameful distinction of being impeached by the House of Representatives twice in just over a year — a sequence that will leave a deep scar in Washington for a generation — not least because, despite his aberrant behavior, Trump retains strong support among Republican lawmakers because of his near-mystical hold on the party’s populist base.
House Speaker Nancy Pelosi’s Democrats will first implore Vice President Mike Pence to invoke the 25th Amendment to declare the President unable to fulfill his duties. If, as expected, Pence and the Cabinet balk at that step, Democrats will again unleash the inexorable machinery of impeachment less than a year after Trump’s previous acquittal of high crimes and misdemeanors in a Senate trial.
Democrats introduced a resolution to impeach Trump on a charge of incitement of insurrection on Monday morning.
The single charge points to Trump’s repeated false claims that he won the election and his speech to the crowd on January 6 before pro-Trump rioters breached the Capitol. It also cited Trump’s call with the Georgia Republican secretary of state where the President urged him to “find” enough votes for Trump to win the state.

But the compressed calendar as Trump enters his last nine days in office — and the reticence of Republicans in the Senate, who have faced one again with a loyalty test they have always failed when choosing between Trump’s base and the Constitution — seems certain to thwart Democratic efforts to quickly eject Trump from power. This means the drama surrounding Trump’s fate, and the possibility of another Senate trial, could outlast his presidency and his turbulent term could cast a toxic shadow over President-elect Joe Biden’s first days in office.

The aftershocks of the breaching of the US Capitol are being exacerbated by disturbing new accounts and footage of alarming scenes inside the insurrection that suggested an even worse tragedy was only narrowly averted.
But it was also an eerily quiet weekend. For the first time in years, Americans were spared the extreme rhetoric and tantrums of Trump’s Twitter feed after the social media platform muzzled the President over fears of more violence.
As he begins his last full week in office, Trump is scheming to reclaim his megaphone with plans for a trip to visit his border wall — a concept that was one of the earliest precursors of his divisive presidency. The White House is also readying a new attempt to rein in big social media firms that have purged Trump after his inflammatory posts. And Trump is expected to unleash new and controversial pardons that may further test the rule of law before his time is up. 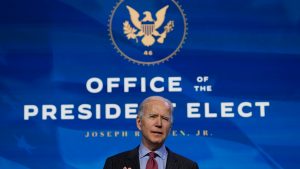