The torch relay for the postponed Tokyo Olympics is to start in a month, which should be a sign that the troubled Olympics are on track to begin on July 23.

It was at this stage at the start of the torch relay just under a year ago — just after the Olympic flame arrived from Greece — that the Olympics were postponed because of the coronavirus.

Organizers on Thursday read out a list of rules regarding health measures for the 10,000 torchbearers and others who are to take part, including fans. They also cautioned that changes to the route or runners could come without much notice.

“No shouting, no cheering. Please cheer by clapping your hands and maintain appropriate distance in case there is overcrowding,” Yukihiko Nunomura, the vice director-general of the organizing committee, told a briefing.

Torchbearers will be allowed to run without wearing a mask, but all others are required to wear one.

The relay begins on March 25 from the northeastern prefecture of Fukushima and will crisscross the country. It ends on July 23 at the opening ceremony in the National Stadium in Tokyo.

Fukushima is the part of Japan that was heavily damaged on March 11, 2011, by an earthquake, tsunami, and the meltdown of three nuclear reactors.

The precise starting point of the relay will be J-Village located in the town of Naraha.

There was talk after the postponement of dropping all or part of the torch relay for safety reasons or to save money and simplify the games. 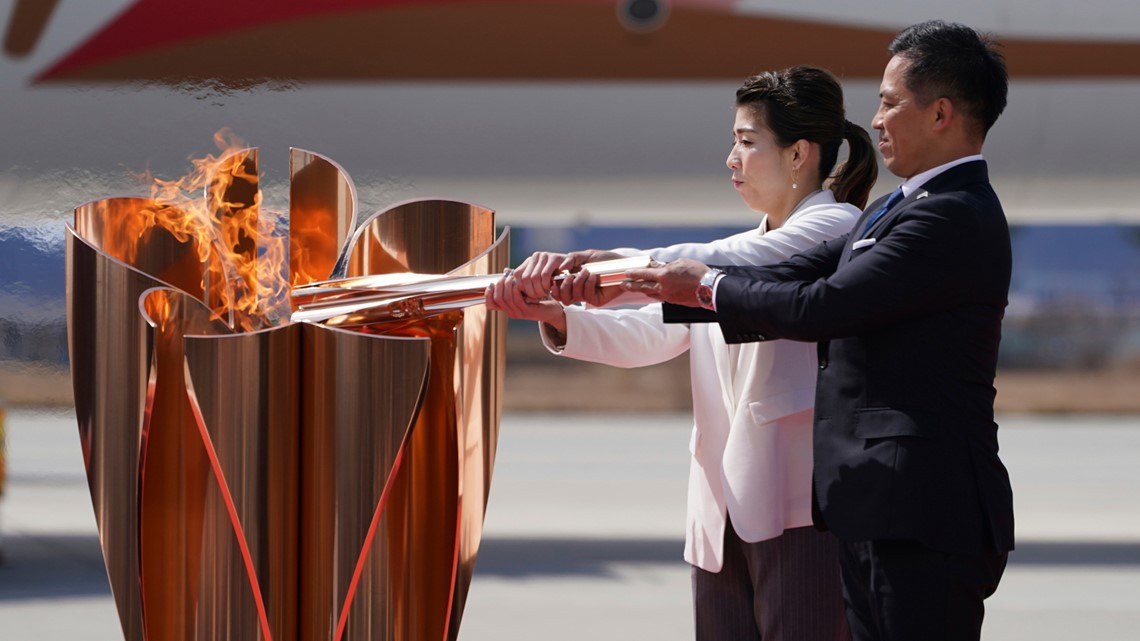 But it was kept, partly because it is a heavily sponsored event backed by Coca-Cola and Toyota, and other large sponsors such as Nippon Telegraph and Telephone, Nippon Life Insurance, Panasonic, All Nippon Airways, Japan Airlines, and Visa.

Local sponsors have poured in about $3.5 billion to these Olympics, many without much chance of a return because of the COVID-19 pandemic, limited tourism for the games — if any — and the one-year delay.

The local sponsorship contribution is at least twice as large as any previous Olympics.

The International Olympic Committee and organizers announced earlier this month the so-called Playbooks for the Olympics. They spell out how the Olympics in Tokyo will be held. They are to be updated in April and June with more details.

The cost of the Tokyo Olympics continues to soar. The official price tag is $15.4 billion, but Olympic costs are notoriously difficult to track. Several government audits have said costs are at least $25 billion and maybe more.