HOUSTON – The Republican Party of Texas says it has sued Harris County in an effort to stop drive-thru voting.

There are currently 10 drive-thru polling locations in Harris County for the November election. As of this writing, all locations will be open during Early Voting, starting on Oct. 13, and also on Election Day, Nov. 3. 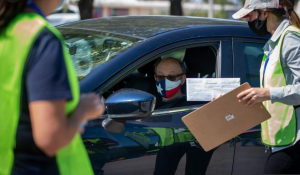 In a news release about the lawsuit, the Republican Party of Texas argues that drive-thru locations are an illegal expansion of curbside voting that should be restricted to only those who are sick or disabled.

“(Harris County Clerk Chris Hollins) is trying to unlawfully expand a form of voting almost entirely targeted at voters who physically can’t walk into a polling location,” the news release reads. “… (He) is telling all Harris County residents that they are eligible for curbside voting when he knows that is not the case. Any voter that does not qualify to vote curbside under narrow statutory language would be voting illegally if allowed to vote drive-through.”

Hollins issued this statement on the lawsuit:

“The Republican Party has feverishly used its resources to limit voters’ ability to exercise their constitutional right to vote this November instead of figuring out ways to help voters know their rights. This lawsuit is not only frivolous, but it’s also a gross misrepresentation of the differences between curbside voting — for voters with disabilities, including illness — and drive-thru voting, which is available for all voters who want to vote from the safety and convenience of their vehicle. My office is focused on ensuring voter safety and access this fall. We invite all political parties to join us in that mission.” 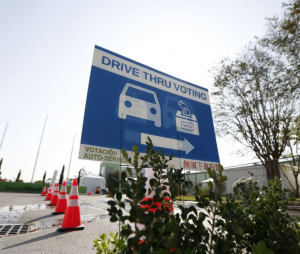