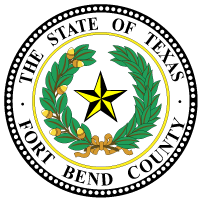 Texas House Bill 7 and Senate Bill 6 are suppressive pieces of legislation reminiscent of Jim Crow era tactics prior to the Civil Rights era.  There is a responsibility for all of us, as a community, as organizations, as representatives of the people to speak out against these flagrant attempts at voter suppression with restrictive voting provisions.

I stand in support of Harris County Judge Lina Hidalgo and City of Houston Mayor Sylvester Turner in their actions to pull the annual State of the City Address from the Greater Houston Partnership over the Chamber’s silence on Texas voting bills. The implications of silence on this issue are too consequential and that Hidalgo and Turner have decided to make that clear is admirable.

Fort Bend County made bipartisan changes before the 2020 elections to make voting more accessible, with county commissioners voting unanimously to extend voting hours, turning the Smart Financial Centre in Sugar Land into a mega-voting site, and creating drive-thru voting for those who were unable to walk inside a voting center.

Analysts predict that laws that restrict the right of people to fully and freely participate in electoral processes can lead to a total loss in the gross product of over $1.5 trillion over a 24 year period.  These laws affect our citizens both at the polls and in the economy and I, like Hidalgo and Turner, believe the Greater Houston Partnership should care about that.

Our County had been considering joining the Greater Houston Partnership for some time now, but following their silence on this, we will no longer consider becoming a member organization. Now is the time to take a stand, the eyes of history are indeed upon us now.