HOUSTON – People in the Houston area had plenty to say after hearing a member of President-elect Joe Biden’s COVID-19 advisory board talk about the prospect of a four to six-week lockdown.

“We could pay for a package right now to cover all of the wages, lost wages for individual workers, losses to small-to-medium companies, cities, states, county governments. We can do all of that,” Dr. Michael Osterholm told Yahoo Finance Live this week.

“We’ve struggled just to get through this first round of shutdowns,” said Sean Kennedy, general manager of Corelli’s Italian Cafe in Sugar Land.

The restaurant has taken steps to protect customers and employees from the coronavirus.

“I don’t know how many small businesses can afford to be shut down for four to six weeks. The amount of stimulus that I think would need to be generated would be huge,” Kennedy said.

With the number of COVID cases recently surging, some are willing to consider the lockdown idea.

“We have suffered very much by just working our hardest just to make up for the loss that we have taken,” Connelly said.

Connelly said her bar closed twice during the pandemic and had to offer food in order to reopen.

“It’s been detrimental whether you’re an owner, an employee or a contract worker in this industry,” she said.

At the end of August, Gov. Greg Abbott said on Twitter that Texas would not have any more lockdowns. 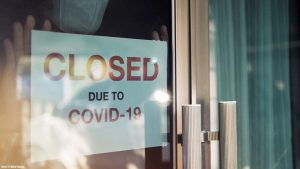