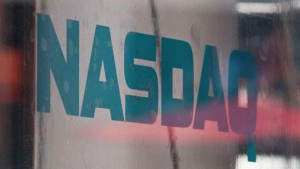 Officials from Nasdaq and other major stock exchanges will meet with Gov. Greg Abbott on Nov. 20 in Austin to discuss a possible move from New Jersey to Texas, nbcdfw.com and the Dallas Morning News reported.

The meeting comes on the heels of the exchanges threatening to move their trading platforms out of New Jersey, the report said.

Abbott and other Texas officials plan to boast the state’s business-friendly environment during the meeting.

“Texas continues to be the premier economic destination in the country, attracting more leading businesses than any other state,” spokeswoman Renae Eze said in a statement to The Dallas Morning News. “The governor looks forward to meeting with Nasdaq and showcasing Texas’ business-friendly environment, skilled workforce, robust infrastructure, and low taxes, all of which foster greater economic growth in the Lone Star State.”

According to The Dallas Morning News, Abbott’s office has been talking with Nasdaq and other exchanges about moving their data centers to Dallas because of a potential tax on financial transactions in New Jersey.

The proposed tax would charge a quarter of a cent per “financial transaction” at entities in New Jersey that process at least 10,000 transactions annually via electronic infrastructure, the Dallas Morning News reported. That tax would generate an estimated $10 billion annually for the state.