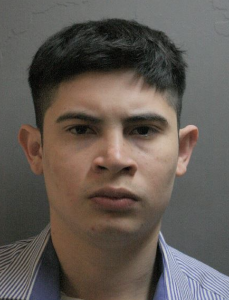 An MS-13 gang member pleaded guilty to his role in the fatal shooting of a 16-year-old witness in exchange for a 40-year prison sentence, Harris County District Attorney Kim Ogg announced Thursday.

“Cases like this show that gang members work together to rob, kill and terrorize their own members as well as regular citizens—they are a blight on our community and have to be held accountable,” Ogg said.

Darwin Josue Lopez-Ramos, who 17 at the time of the crime, was facing trial for capital murder when he admitted his guilt and was sentenced Tuesday for the murder of a fellow gang member.

On June 13, 2016, several members of MS-13 lured 16-year-old Estuar Quinonez to Buffalo Run Park in Missouri City, where he was shot more than 15 times, as he sat on a park bench. All of the gang members who were present, including Lopez-Ramos, shot Quinonez.

Quinonez had witnessed several gang-related murders, and his killers wanted to ensure that he would never talk.

Lopez-Ramos was not eligible for life in prison without parole or the death penalty because he was 17 at the time of the crime.

MS-13, or Mara Salvatrucha, is a transnational gang that began in Los Angeles and has members across the United States.