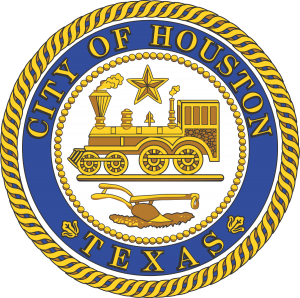 The City of Houston Mayor’s Office of Cultural Affairs (MOCA) announced today that it is awarding $62,500 in grants to 12 individuals and nonprofit organizations. MOCA awarded the funds through two grant programs, Let Creativity Happen! Digital and City Initiative. Both grants are administered by the Houston Arts Alliance and funded by a portion of the city’s Hotel Occupancy Tax.

“The arts helped the city flourish and enlightened the lives of our citizens during the pandemic,” said MOCA Director Necole S. Irvin.  “As we continue to recover, we know that the city’s continued support of the creative sector and communities’ support of cultural activities is integral to building back our economy.”

Through Let Creativity Happen! Digital, 7 projects by individuals and organizations were each awarded $2,500 totaling to $17,500. In its second round of the year, the grant supports the use of technology to connect people with art beyond the physical boundaries of a space, as well as expand the value of art in communities.

The awarded projects will occur across the city and include digital classes, concerts, installations, meditations, and dialogues, as well as live performances that can be accessed virtually. One project honors the memory of George Floyd and his childhood at Cuney Homes, a low-income housing development in a historically underserved area of District B where many families have struggled with social injustice.

The City Initiative grant program, which is in its 3rd round of the year, awarded four applicants with $10,000 and one with $5,000, totaling $45,000 in grants. The program focuses on three crucial areas for cultural tourism and sustainability as the city begins to reopen from the COVID-19 pandemic:  Neighborhood Cultural Destinations, Conference Tourism and Resilience Awareness.

Applications were adjudicated through a peer and community-based review process. Panelists review and score applications before scores are sorted from highest to lowest. The available funding is applied to the highest scoring applications until the budget is expended.

MOCA congratulates all award recipients as they embark on their projects and thanks them for their dedication to the arts and cultural vitality of Houston for its visitors, creatives, and Houstonians.

The seven awardees for Let Creativity Happen! Digital are:

George Floyd Childhood in the Cuney Homes
By Crystal Toussant
District B
Mack Performing Arts Collective (MPAC)
Children and residents of Cuney Homes will share stories of growing up in a low-income housing development where many deal with hard times and social injustice. They will explore the life and childhood of George Floyd  and use him as inspiration. MPAC members along with the participants will be using texts, lighting, costumes, make-up, and scenery to bring their stories to life.

Online Classes Using Art to Support Mental Health
By Andria Frankfort
District C
C G Jung Educational Center of Houston, Texas
Unique in the United States, The Jung Center offers year-round, live-streamed and online classes that employ the arts in supporting the mental health of the community. Two-thirds of their programming is open to the public, while the other third is designed specifically to bring healing arts to support the mental health of social service providers, frontline workers, teachers, nonprofit employees, healthcare workers, and others. Their public-facing programming is taught by psychotherapists, book and film group facilitators, improv actors, musicians, a children’s art therapist, and others. The Online Activation Form includes an incomplete list of public arts programming currently scheduled for Fall 2021: times are to be determined. More classes will be scheduled for the fall as well as for Spring and Summer 2022.

Be-Longing
By Mariela Dominguez
District C
Mariela Dominguez will choose an object to be the trigger for a story of a journey that evokes uprooting and regeneration. A set of four videos presents the stories between two speakers, one, the issue of a mother tongue as the other represents the mediator who personifies a new local generation that articulates the dominant English language.
This material object evokes cultural ties that are seemingly enigmatic to everyone except those who retain their mother tongue. The development of a set of four videos with English subtitles is projected and additionally, various audiovisual resources will be included.

SUKOON: Tranquility Thru Music
By Sheetal Bedi
District C
Indo-American Association (IAA)
Sukoon is an Urdu/Hindi word which translates to calm, peace, relief, serenity, tranquility, and wholeness. Through this project, IAA will endeavor to bring great sukoon and tranquility to digital audiences. Patrons have come to deeply value IAA’s digital concerts at a time of tremendous isolation and loneliness. The Sukoon project will give an opportunity to emerging artists to showcase their ability to connect digital audiences to a meditative space where tranquility can be found at the individual level, even for a few minutes. This will be presented through IAA’s social media platforms.

The Sankofa Project and its Virtual Dialogues
By Stephanie Mitchell
District C
Lawndale Art and Performance Center
The Sankofa Project brings light to the events that have been censored or ignored in historical narratives and reinforced the racial oppression of Black Americans. A free Zoom conversation between the artist and collaborating scholar or historian will be held and deepen the conversation on race and inequality and educate the community. These dialogues will be available post-event via Lawndale’s website and social media along with exhibition documentation and materials for public accessibility.

Mindful In This Moment
By Nathan Edwards
District D
On a clear morning in February 2022, Nathan Edwards will film a live installation around the theme of meditation. 50 black men and women dressed in monochromatic pastel colors will meet at a Houston park for a staged, live, one-hour installation/meditation that will be filmed, edited, and shared online.

The 5 awardees for City Initiative Grant are:

Christmas in the 44: An Urban Christmas Tale
By Norma Thomas
District B
Christmas in the 44: An Urban Christmas Tale (UCT) brings theatre to Acres Homes community in more ways than one. UCT is “takin’ it to the streets!” Staged outside local businesses along the 4 major Acres Homes throughfares, festive tableau style scenarios, much like department store holiday window displays and the live nativity scenes of old, will delight passers-by, create community celebration, and foster holiday spirit.

2 Post Cinema
By Britt Thomas
District C
2 Post Cinema is a neighborhood outdoor cinema set to open in November 2021. It will showcase contemporary film and video art created by underrepresented artists and filmmakers. Utilizing the non-obstructed view, they have of T.C. Jester Park’s parking lot from their property, Britt and Prince Thomas will erect a large, retractable rear-projected film screen in their backyard while relaying sound via radio transmission to viewers’ car stereos. 2 Post Cinema is a free, publicly accessible catalyst for bringing together our diverse community via the arts in a safe, socially distanced manner.

Cindee Travis Klement: Symbiosis
By Lawndale Art and Performance Center
District C
Cindee Travus Klement’s Symbiosis is a work of living land art in Mary E. Bawden Sculpture Garden at Lawndale Art and Performance Center, which introduces a variety of native plants to immerse the community in and educate them on the possibility of a more regenerative, sustainable future.

Swisha House: Rollin’ & Burnin’ Since ‘97
By Henry Guidry
District D
With millions of records sold, several Grammy nominated artists and the first record label/music genre to be archived in Rice University’s Fondren Library, Swishahouse has been a staple in the Houston hip hop scene since the mid-90’s. This event, held in East Downtown Houston at 8th Wonder Brewery, will exhibit items from the Rice archive, CD & mixtape covers and never-seen-before photos. The exhibit will simultaneously highlight the impact Swishahouse has made on the hip hop genre while introducing to many, and reinforcing to others, the significance of Swishahouse on the Southern hip-hop movement.
To see upcoming events from previous or the latest 2021 grantees, visit the frequently updated Cultural Events Calendar.

About the Mayor’s Office of Cultural Affairs
The City of Houston Mayor’s Office of Cultural Affairs guides the City’s cultural investments with policies and initiatives that expand access to arts and cultural programs in the community, attract visitors and leverage private investment. Learn more at www.houstontx.gov/culturalaffairs and follow us on Facebook & Instagram @HoustonMOCA.

About Houston Arts Alliance
Houston Arts Alliance (HAA) is a local arts and culture organization whose principal work is to implement the City of Houston’s vision, values, and goals for its arts grantmaking and civic art investments. HAA also executes privately funded special projects to meet the needs of the arts community, such as disaster preparation, research on the state of the arts in Houston, and temporary public art projects that energize neighborhoods. To learn more about HAA, visit www.houstonartsalliance.com and follow us on Facebook & Instagram @HoustonArtsAlliance.