Que Onda had the pleasure of interviewing Chris Daniel, our current Harris County District Clerk. Through our interview with him we asked him the following questions:

Why are you running for re-election this year? 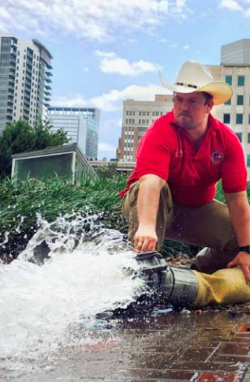 A question that he answered by explaining how important it was not to interrupt the progress and evolution of the Harris County District Clerk’s office. “It will be irresponsible to change leadership in this office especially when we are at a critical stage of evolution; by making the office electronic, and all aspects of it accessible to the public so they don’t have to come all the way downtown to the courthouse” as Mr. Daniel personally expressed.

What does the Harris County District Clerk’s Office do on a daily basis?

Our office is responsible for handling all aspects of the justice system in some way. From handling the dockets for judges, filings for attorneys, bails, attend paperwork for the county jail, and most courts, including civil, juvenile and family court. We are now at the District Clerk’s Office also handling passports for the county, as one more service the community can take care of while doing some other paperwork or procedure here at our office.- Chris Daniel full response

Does your office have 500 employees?

We are employing more than 500 people and temps handling a budget of 36 million dollars. The District Clerk’s office provides all those services with said budget to offer a better service.

Do you have bilingual staff?

Within the staff employed at the Harris County District Clerk’s Office, we count with bilingual staff through the jury area to appropriately communicate and serve for jury duty. The bilingual public servants also serve on the district’s system, the clerk’s system and even the leadership. For the very first time in the Harris County District Clerk’s office, there is a Hispanic American serving in a Director status in the organization. 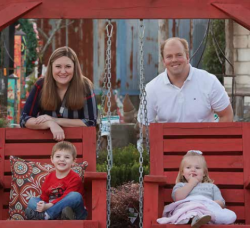 If you are re-elected what is one of the major projects you would like to accomplish?

One of the projects will be to improve the Jury Notification System. In case of a disaster, the jury could get alerted in case the court gets cancelled. Another project important to him is to finish the Electronic System for Criminals. This includes electronic warrants, citations, and charging instruments to make it better and more accessible for the D.A.’s office, but also for the defense part so they can properly defend their clients. Those two projects are on top of his list but most of all his project of turning all aspects of the Harris County District Clerk’s Office electronic is important, as he put it “We push technology to save taxpayer’s money.”-Chris Daniel

Mr. Daniel emphasizes to the public the importance of his re-election due to the fact that a change in leadership may change the view in the importance of making the Clerk’s Office accessible to all. His message towards the Hispanic Community is clear. By being part of the Naturalization Ceremonies that take place in Houston he knows the importance of the Hispanic presence in the community. “It is an Honor, a Privilege, and a Right for all to go out and vote.” He continued by giving out a message to our readers “look at the global picture of what’s best for Harris County.”

Harris County District Clerk Chris Daniel, an engineer and attorney, has brought his energy, skills and training to the Harris County District Clerk’s Office. First elected to this office in 2010, he heads an office staffed by about 550 people and oversees a $36 million budget that has remained lean even as the county is putting the recession behind it. His office staffs 80 statutory courts and ten (10) specialty courts with clerks, maintains records for these courts and runs jury service.

Chris knows that bridge-building and diplomacy skills are a great advantage as he works with scores of judges and county officials to improve court operations. Previously, Chris Daniel was elected to the Board for Lone Star College System.

In 2013, with Chris Daniel’s leadership, the office implemented a convenient passport application operation to assist the people of Harris County in applying for and renewing their passports. With such innovative thinking, Chris was re-elected to the Office in 2014. 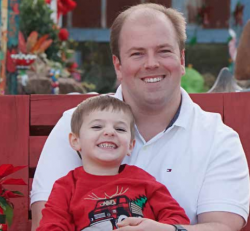 Chris collaborated with the Harris County Sheriff’s Office, the District Attorney’s Office and judges to create eSubpoena, an efficient, electronic system that greatly reduces the time it takes to notify witnesses of their service. The digitized system helped make the courts safer at the Harris County Criminal Justice Center. One person can now process the subpoenas, allowing three dozen deputies to remain in the courtrooms and help maintain courtroom security.

Chris has spearheaded efforts to warn the public about jury scams. He oversaw a multi-pronged public awareness campaign, featuring public service announcements on television and radio, radio PSAs in Spanish, posters on more than 900 Metro buses and news interviews with newspaper, TV and radio reporters.

Chris was born in Houston and grew up in Jersey Village and north of Acres Homes in Willow-wood. His mother, Jolie, grew up on Curacao, an island off Venezuela that was part of the Netherlands Antilles. From his family, especially his mother, he learned to speak Dutch among other languages. His father was born in North Little Rock, Arkansas and came from a long line of farmers and ranchers.

After earning a mechanical engineering degree at the University of Texas at Austin, he first worked as a project manager at National Oilwell Varco. Furthering his engineering career, he moved on to KBR, where he was employed as a design engineer. While employed full-time, and while serving on the Board of Lone Star College (elected in 2006), he also enrolled in classes and graduated from South Texas College of Law, passing the bar in 2011.

In 2012, Chris married Jennifer Barber, a CPA and Baylor graduate who grew up in Barber’s Hill, Texas. They have two amazing children, John and Amanda. The Daniel family resides in Humble and they are active members of Second Baptist Church. Chris also attends Bible classes at Champion Forest Baptist Church. Chris and Jennifer, have many varied interests, including traveling and scuba diving.

An active Boy Scout, he went on to become an Eagle Scout. His pride in this achievement remains – his award decorated Scout’s shirt hangs in his office today and he serves on the Board for the Sam Houston Area Council. Chris Daniel is an ex-officio Director and a lifetime member of the Houston Livestock Show & Rodeo. He is a member of the World Champion Barbecue Cookoff Committee and the Lamb and Goat Auction Committee.