The NBA has postponed the Houston Rockets game against the Oklahoma City Thunder due to health and safety concerns, according to a release. The season-opening matchup was scheduled for Wednesday night at the Toyota Center in Houston.

The league stated that the Rockets did not have enough players to compete. According to league rules, teams must have eight eligible players or half of a typical 16-men roster.

“Three Houston Rockets players have returned tests that were either positive or inconclusive for coronavirus under the NBA’s testing program. Following the contract tracing protocols, four other players are quarantined at this time,” the NBA stated in a press release. 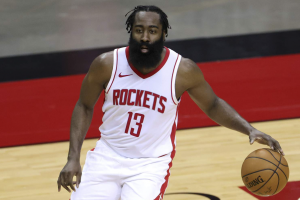 The NBA also stated that James Harden was unavailable for the game after he violated the league’s health and safety protocols.

A video on Instagram surfaced Wednesday morning showing Harden attending a party Monday night in Houston, where he was not wearing a mask. ESPN previously reported that if the NBA could verify the photos, then the Rockets star could miss the game.

According to the NBA, all other Rockets players were tested again Wednesday, and all returned negative results. While one additional player is out due to injury.

A total of nine Rockets players were unavailable for the game.