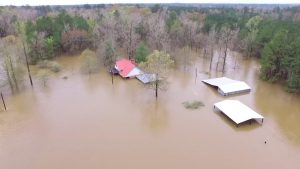 “The magnitude of recent severe weather and flooding has taken a serious toll on Texans across the state,” said Governor Abbott. “With such widespread flooding and devastation, addi- tional resources are needed to help Texans recover. This request will help provide assistance and emergency services for Texans impacted by this disaster, and I thank the President for his con- tinued support.”

In addition to the Presidential Disaster Declaration request, Governor Greg Abbott today also expanded his State Disaster Declaration to cover a total of 111 Texas counties. Governor Abbott has authorized the use of all available resources of state government and of political sub- divisions to aid in the response efforts.