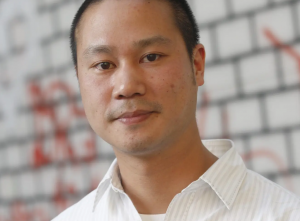 Tony Hsieh, the retired CEO of Zappos credited with revolutionizing the shoe industry, died as a result of complications from accidental smoke inhalation, the office of the chief medical examiner in Connecticut told Insider.

Hsieh (pronounced Shay), who announced his retirement from the shoe retailer in August, died on Friday, more than a week after he sustained injuries in a November 18 fire in New London, Connecticut. He was visiting family at the time of the fire, The New York Times reported.

The Day, a local newspaper, reported on November 18 that firefighters were called to 500 Pequot Ave. after 3:30 a.m. The victim in the fire, believed to be Hsieh, was rescued from the home and transported to a hospital with serious injuries, to be treated for “possible burns and smoke inhalation,” the report said.

New London Fire Chief Thomas Curcio told the outlet that emergency personnel removed the victim and performed CPR on him before they transported him to the hospital. The victim was later taken by helicopter to the Connecticut Burn Center at the Bridgeport Hospital, about 60 miles west of New London.

Local news outlet WFSB reported the victim had been trapped in the basement of the home before he was rescued by firefighters.

According to audio posted by Broadcastify and verified by Storyful, emergency personnel on the scene mentioned a male who was “barricaded” inside the home and said that the trapped individual was not answering the door while others in the home had been able to successfully escape the fire, The Wall Street Journal reported.

As Insider previously reported, the property where the fire occurred was purchased in August by Rachael Brown. A woman of the same name has been a longtime employee of Zappos, overseeing the company’s training program.

The New London fire chief told Insider over the weekend that the cause of the blaze was still under investigation. He did not immediately return Insider’s request for an update Monday.