The former pastor of a Southern Baptist church in north Harris County has been sentenced to 17 years in prison after admitting that he molested a young teen for about five years beginning when she was 13, the Harris County District Attorney’s Office announced Tuesday. 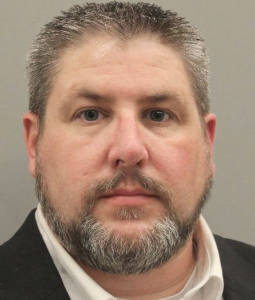 “Several other pastors came forward to tell authorities what was going on after this man confessed to them, and we applaud those people of conscience,” Harris County District Attorney Kim Ogg said. “This man, who had risen to a position of authority in the church, turned a child into a victim and violated his community’s trust. The victim and his community deserved, and got, justice.”

Stephen Bratton, 46, was sentenced Friday by state District Judge Hazel Jones after a hearing in which prosecutors and lawyers for Bratton presented evidence from a pre-sentence investigation. Bratton had pleaded guilty to aggravated sexual assault of a child under the age 14 in February and agreed to let the judge determine his sentence.

According to evidence presented in court, Bratton stepped down from the Grace Family Baptist Church in Cypress Station in May 2019 after confessing to other pastors that he had assaulted the teenage girl for several years with inappropriate touching that escalated to sexual intercourse multiple times a day or several times a week, Harris County Sheriff’s Office investigators said when he was arrested.

Assistant District Attorney Brett Batchelor, who prosecuted the case, said it is important that victims in cases like this get justice.

“We need to protect the community and protect future victims,” Batchelor said. “It’s also a big part of the victim’s healing process.”

Batchelor is assigned to the Crimes Against Children Division of the Harris County District Attorney’s Office.