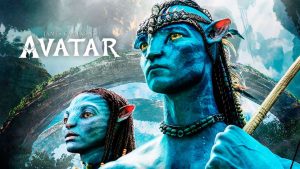 Cameron’s splashy sequel experienced another monster Wednesday at the box office with $20 million in domestic dollars. After doing some math, that brings the film’s Stateside total to $358 million. Additionally, the film brought in another $47.9 million in domestic earnings, cranking the international count to $810.6 million.

Still, Avatar: The Way of Water needs to earn more money if it’s going to make its production budget back and then some. Analysts say the movie needs to breach around $1.4 billion to break even. Thankfully, if Avatar 2 keeps raking in dollars like so many leaf piles prime for jumping, it’ll do just fine. I don’t plan to see the film, but I’m confident Cameron will achieve his goal of getting Avatar: The Way of Water beyond the goal line.

Set more than a decade after the events of the first film, Avatar: The Way of Water tells the story of the Sully family (Jake, Neytiri, and their kids), the trouble that follows them, the lengths they go to keep each other safe, the battles they fight to stay alive, and the tragedies they endure.

Have you seen Avatar: The Way of Water yet? What did you think about the film? Will Cameron’s film break even and continue to swim past the competition? Given the film’s success, do you think Cameron will keep making Avatar films beyond the third film in the franchise? Keep in mind that Avatar 3 is already in post-production. Let us know what you think about Avatar‘s performance and future in the comments.