When school started this fall, Ana Troya got a list of 105 Alief Independent School District students who hadn’t shown up to Bush Elementary School.

She spent day after day driving around town trying to track down those students, each one of them worth about $5,500 in state funding for the district.

“We found a lot had moved and we assume it’s because they either couldn’t pay rent or they [found] job opportunities elsewhere,” said Troya, a student support specialist at Communities In Schools. “From the families, we did get to see, they were struggling financially.”

Most of Troya’s visits were met with empty apartments. She was only able to find about 25% of the students, but she’s not alone in the effort to get missing students back in the classroom.

Statewide, a 13 Investigates analysis found 2.9% of the state’s 5.5 million students are no longer enrolled in public schools. Those unenrolled students aren’t just losing valuable time learning, but also will cost districts $5,500 in state funding per student if current guidelines don’t change by the end of the year.

“I’m fearful on the financial side that the staffing decisions we may have to make as a result of the budget issues, as a result of the low enrollment, is going to impact and impede our ability to help [students],” Alief ISD Superintendent HD Chambers said.

Statewide, there are nearly 159,000 fewer students enrolled in Texas public schools for the 2020-21 school year, according to our analysis of state enrollment data. Since Texas state funding of public schools is based on enrollment, districts are at risk of losing more than $872 million for the 2021-22 school year.

Under current guidelines, the TEA has a “hold harmless” period where district funding won’t be impacted by low attendance. They’re allowed to use their previous attendance rate for planning purposes, but that grace period ends on Dec. 31, and districts facing deep cuts are worried.

The TEA declined an interview to discuss state funding. 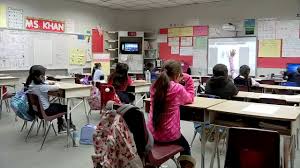