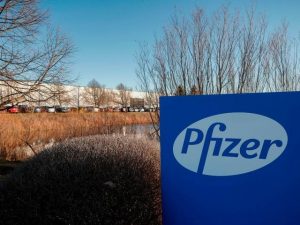 The United Kingdom has become the first Western nation to approve a Covid-19 vaccine, a landmark moment in the coronavirus pandemic that paves the way for the first doses to be rolled out across the country next week.

“Help is on the way,” Health Secretary Matt Hancock announced Wednesday morning, after UK regulators granted emergency authorization for a vaccine made by US pharma giant Pfizer and its German partner BioNTech.
A final analysis of the Phase 3 trial of Pfizer’s vaccine shows it was 95% effective in preventing infections, even in older adults, and caused no serious safety concerns, the company said last month.
The announcement means the UK has vaulted past the United States and European Union in the race to approve a vaccine, months into a pandemic that has killed almost 1.5 million people worldwide.
“We believe it is really the start of the end of the pandemic,” BioNTech CEO Ugur Sahin told CNN in an exclusive interview on Wednesday. Pfizer CEO Albert Bourla hailed the emergency authorization as “a historic moment in the fight against Covid-19.”
The UK has ordered 40 million doses of the vaccine — enough to vaccinate 20 million people. Hancock told the BBC that an initial 800,000 doses would be delivered from Pfizer’s facilities in Belgium to the UK next week, and “many millions” more before the end of the year.
Elderly people in care homes, those who care for them, health workers and other vulnerable people will be top of the priority list.
COVID-19 News
Politics
Community
Immigration
Search