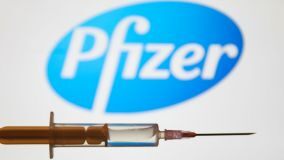 Hundreds of Galveston area residents and workers are participating in the clinical trial of a coronavirus vaccine that early data released Monday showed was highly effective, rare hopeful news about the effort to contain the global pandemic.

The data, contained in a Pfizer press release, suggested the company’s vaccine may be more than 90 percent effective at preventing symptomatic COVID-19, much more than was anticipated for any of the candidates in late-stage clinical trials. The Pfizer vaccine is the first to generate such late-stage data.

“Tentatively, this looks like good news,” said Peter Hotez, a vaccine scientist at Baylor College of Medicine, which is testing another vaccine. “It was written for Pfizer shareholders, not scientists, and the company still has a ways to go – determining whether the vaccine halts severe disease and proves to be safe — before the FDA grants emergency approval. But this appears to be an important first step.”

The University of Texas Medical Branch at Galveston in late July launched the Pfizer trial at three sites — on campus, League City and Clear Lake. It said then it hoped to enroll between 500 and 1,000 people.

UTMB officials would not comment on the trial Monday, but one official said the institution has appointed a vaccine roll-out task force and begun gearing up for when the Food and Drug Administration approves the vaccine for use beyond trial participants.

At that time, the first in the area to get the vaccine will be essential health care workers, said Dr. Janak Patel, director of UTMB’s department of infection control and health care epidemiology. He said high-risk people, such as people in nursing homes and seniors with chronic health conditions, would be next.

“We’re excited, prepared to provide the vaccine, want to do it,” said Patel. “We just hope lots of people will want to get it.”

Baylor is conducting a trial of a vaccine developed by Moderna. Early results from it are expected to follow sometime soon.