U.S. health officials raced to ramp up the delivery of COVID-19 vaccines across the country as both coronavirus case counts and death tallies continued to hit record highs.

“We really need to get this vaccine out more quickly, because this is really our only tool,” Dr. Scott Gottlieb, former commissioner of the U.S. Food and Drug Administration.

“If we can get a lot of people vaccinated quickly, we might be able to get enough protective immunity into the population that this stops spreading at the rate that it is,” Gottlieb said. “So, we need to acknowledge that it’s not working. We need to hit the reset and adopt a new strategy in trying to get [vaccines] out to patients.”

“Right now, there are 40 million doses sitting on a shelf somewhere. So the feds say it’s with the states. The stats say it’s with the feds. It really doesn’t matter to the patient who’s not getting access to the injection,” he noted. “You have 40 million on the shelf. We have 50 million Americans above the age of 65. So, we have supplied to push it out to that population more aggressively.”

So far, at least 22.1 million doses of coronavirus vaccines have been distributed and nearly 6.7 million have made their way into patients’ arms, CNN reported. Health officials had hoped to get 20 million people vaccinated by Jan. 1, but the national rollout has faced delays and roadblocks.

California, where the total number of cases in the state has now hit 2.7 million, will boost its vaccine rollout to now include health care workers, nursing home residents and staff, as well as those living in congregate settings such as assisted living or shelters. So far, the state’s vaccination efforts have struggled, and only about a third of the more than 2.1 million doses received have made it into the arms of residents.

In New York City, officials are hoping to expand access by adding vaccination sites. Mayor Bill de Blasio announced Sunday that three additional 24/7 vaccination sites would open this week. De Blasio said that the city hopes to reach 100,000 vaccinations by this week, with 1 million vaccinations completed by the end of the month.

Meanwhile, the Georgia Department of Public Health has launched a COVID vaccine locator website in hopes of increasing access in the state that has administered the least vaccines per capita.

In some good news, Pfizer Inc. announced last week that early testing shows its vaccine still works against the more infectious COVID-19 variants first found in Britain and South Africa, Reuters reported. Meanwhile, Moderna CEO Stephane Bancel said Thursday that his company was about to confirm that its vaccine would also work against the new variants. 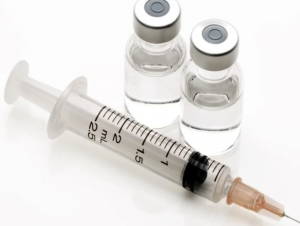